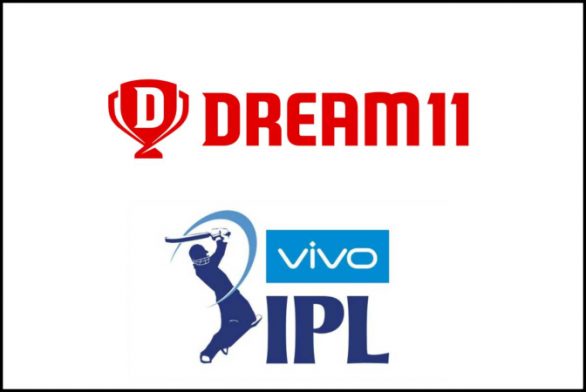 Dream11 has been riding the wave of an increasingly burgeoning fantasy sports industry in India. It has been an industry leader since the past couple of years and controls majority of the market share. It recently crossed 5 Crore users on its platform which instantly became a major headline. It is also expected to become India’s first $1 billion gaming company.

The company just announced that it has now entered into a 4-year contract with the Board of Control for Cricket in India (BCCI) as the official partner for the Indian Premier League (IPL). The deal will come into effect starting with the upcoming IPL 2019 season. Dream11 will also power the ‘Official Fantasy Game’ of IPL.

With this announcement, Dream11 is hoping to reach a wider audience, banking on IPL’s enormous success in the past. Dream11 will now provide a platform for millions of fans to create their own fantasy cricket teams.

Commenting on the partnership, Harsh Jain, Dream11 CEO and co-founder said, “We are very excited to partner with the BCCI and provide an engaging cricketing experience for the IPL, which is the pinnacle of sports leagues in India. Dream11 is deeply integrating with the IPL, which is set to grow from its 1.4 billion TV impressions and 200 million online viewers in 2018, to achieve our goal of growing from 51 million users to 100 million users in 2019. It’s great to see how our dream of making fantasy sports intrinsic to sports fan engagement has come true.”

BCCI’s Committee of Administrators (CoA) also weighed in on the development saying, “The online viewership of IPL is growing each year and it’s essential for us to engage with the fans on digital platforms as well. Partnering with the biggest fantasy sports platform in India, Dream11 will help us in further increasing the popularity of the IPL amongst cricket fans.”

According to a recent report released by one of the Big Four auditing firms KPMG, 74% of users documented in the report play fantasy sports 1 to 3 times a week, with majority playing once a week and 20% reported playing more than 5 times a week. FY 18 saw the online gaming industry generate over INR 4.4k Crores and mentioned that the market is expected to grow at a rate of 22% per year going ahead. All this spells good news for the industry and especially for Dream11. Keep reading GutshotMagazine.com for more such fantasy sports news and gaming news from around the world.