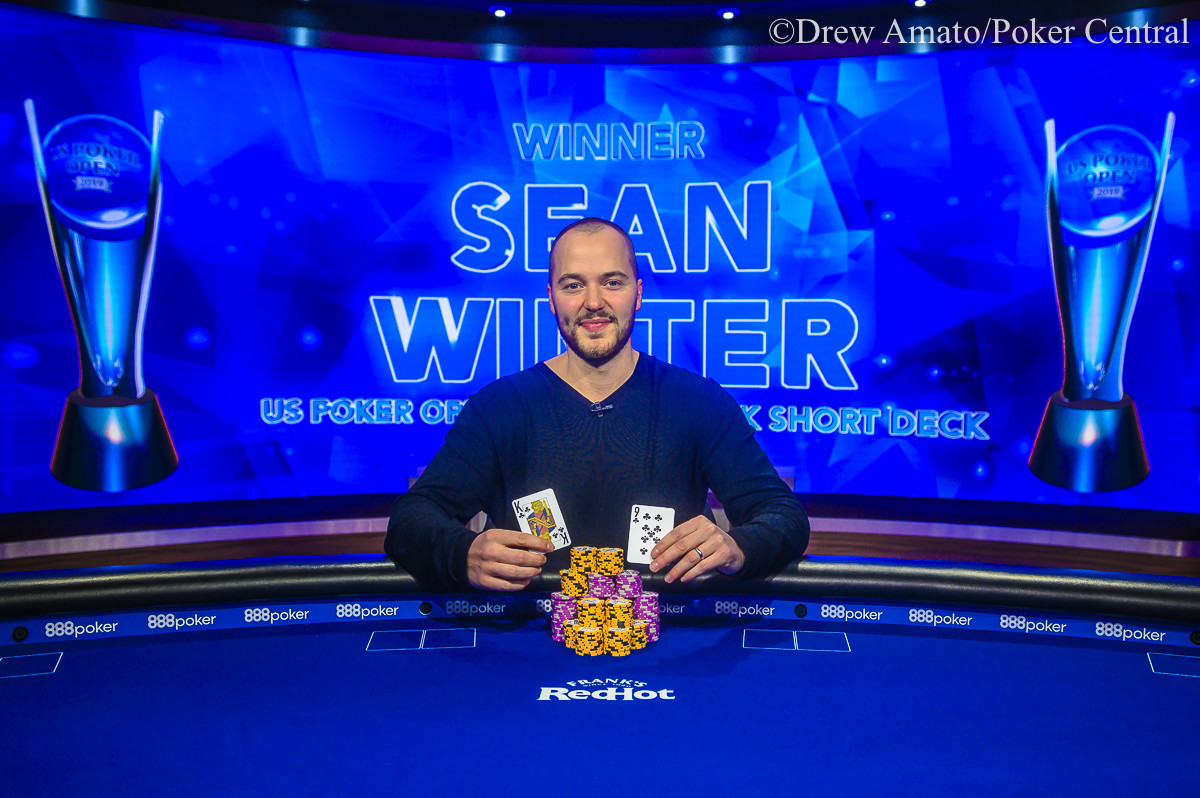 
Here’s an increasingly popular format of poker called Short Deck, where you are literally playing with some cards out of the traditional deck of cards. It’s spreading across the world quickly and here too, at the 2019 US Poker Open, which is the second edition of this annual high-stakes affair in Aria, Las Vegas.

The series is scheduled between 13-23 February and we must say, there has been some brilliant action taking place on those tables in Vegas thus far. Sean Winter in particular, is someone who has been having a gala time in the series, making three Final Tables in three tournaments prior to Event #4 $10,000 Short Deck.

Here too, he made it to the 6-handed FT yesterday and later went on to ship the tournament. The fourth time turned out to be the charm for Winter, whose best finish prior to this was finishing runner-up to Chidwick in the opening event. This time however, he brought home the title as well as $151,200 in prize money.

The US poker pro is not new to winning major tournaments and has over $11.7 million in live earnings, including a best score of $2.4 million. These stats just speak for itself. In this Short Deck tournament, he ended up getting past David Peters in heads-up, who claimed $100,800 as runner-up prize money.

Talking about the win, Winter said, “Everything is just flowing well. I’m focused, feeling mentally strong and I’m getting lucky in the right spots and getting away with things in others. I probably need another first or second place because I think Stevie is going to do well the rest of the series. I haven’t really put much thought into it until this point and I might need 600 points to win this thing.”

There are still quite a few high-stakes tournaments to be played at the 2019 US Poker Open, so keep following GutshotMagazine.com for all the latest updates on the same.