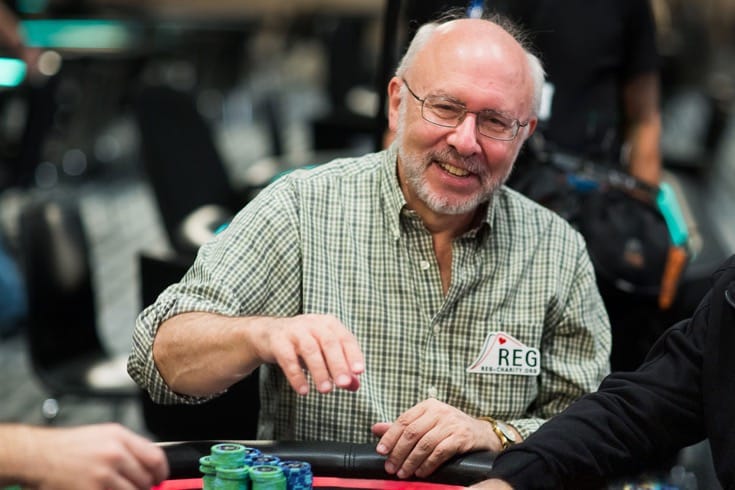 
The recently held 2019 PokerStars Caribbean Party (PCA) was hosted in the Caribbean island-country of Bahamas. The event had an entire line-up of tournaments that suited all kinds of players with different pockets. The special thing about the series this time was the PSPC, PokerStars Players Championship.

The PSPC was an effort by PokerStars to give relatively unknown players a chance to make it big by giving away around 320 Platinum Passes throughout 2018. The PSPC proved to be an enormous success and made news all over the world outside the poker community. Spain’s Ramon Colillas, made a spectacular 1st place finish in the PSPC and took home $5.1 million as his cash prize.

Along with PSPC, the $10,300 Main Event also had a huge prize pool up for grabs. American pro David ‘Chino’ Rheem took home the ME title for upwards of $1.5 million. The 3rd place finisher Scott Wellenbach secured $671,240 as his prize, which he donated, till the last penny, to charity.

The 67-year old Wellenbach hails from Halifax, Canada and is a Buddhist practitioner. He decided to donate all his poker winnings to charity, earning the title ‘people’s hero’ from the audience. Wellenbach, till this win, had only about $90k in live cashes. He had previously donated $72,176 to a Buddhist nunnery in Nepal, which he earned from finishing 17th PSC Barcelona Main Event.

Wellenbach was quoted in the press as saying, “Being a practitioner of Buddhism, we sit around and meditate a lot – and that’s free. My personal discipline waxes and wanes. Down here at the poker tournament, my discipline was excellent every morning! I was so desperate for a little glimpse of sanity in the midst of all this.”

Wellenbach was introduced to poker in childhood but didn’t play live until 2010, when he won a free trip to Las Vegas. He was asked about how he reconciles two completely antithetic lifestyles, playing an adrenaline rushing game and practicing Buddhism, to which he replied, “With great difficulty. I suppose I rationalize it by giving my winnings to charity.” Till now, Wellenbach has donated to several reputed charity organizations like Oxfam and Doctors without Borders.

About poker he had only good things to say. “Poker gives you a tremendous opportunity to work with the heavens and hells of your mind. You’re winning and losing every minute-and-a-half, and so some sense of how your hopes and fears go up and down with the passing circumstance of the world is brought to fore at the poker table.”

Things like these happen very rarely and must be cherished to the fullest. Sharing such positive news gives tremendous hope and inspiration to everyone and as Wellenbach says, it’s free. Keep reading GutshotMagazine.com for more poker news as tournament updates, results from around the world.