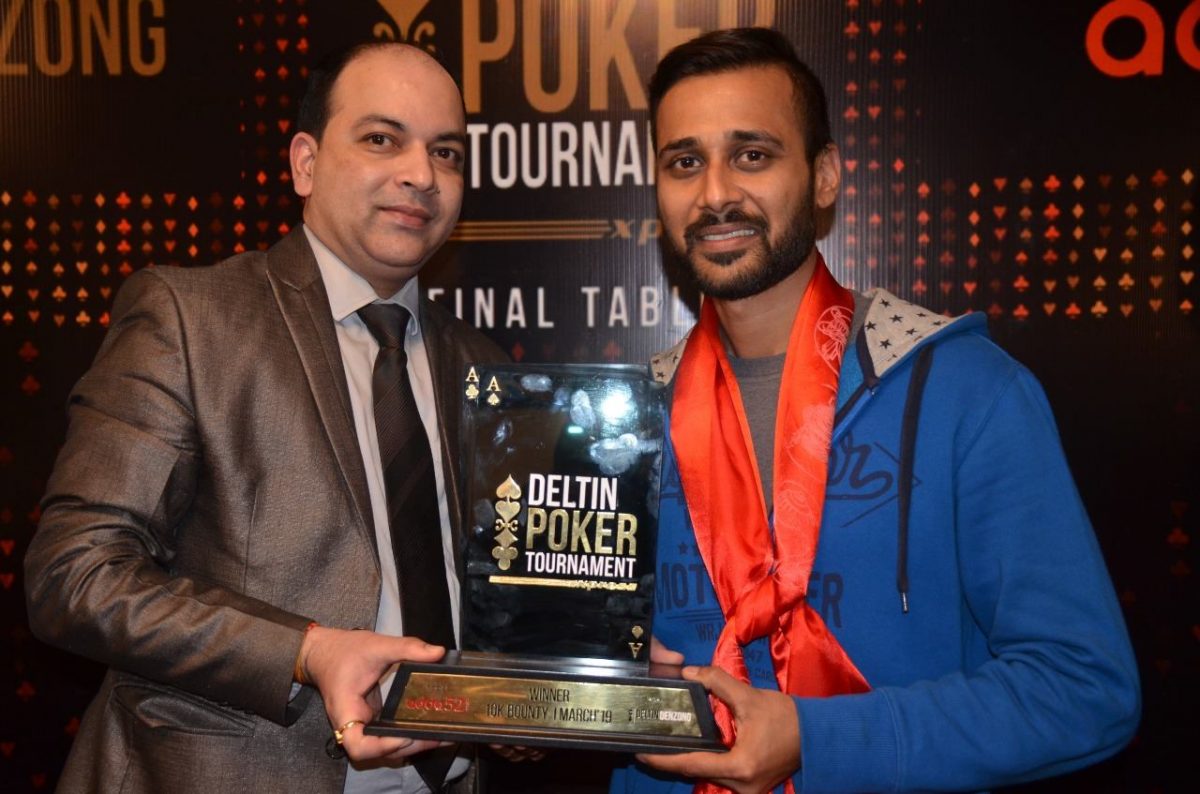 The event drew a total of 47 entries, just one entry away from last year’s turnout, till the late registration period. Notable community players like Anant Purohit, and last edition’s Main Event winner Bhola Sharma were also in contention. However, it was Sandip Jhawar who bagged the title and the cash prize of INR 85,000 after 16 levels of play.

At the start of the Final Table, Jhawar was 3rd in chip counts and gradually added a lot of chips to his stack and started gaining pace on the FT. Aayush Agarwal became the FT bubble, busting at 10th place.  On the FT, Jhawar eliminated Sahil Parakh and Nikhil R as he gradually worked his way towards the top.

Top 6 were paid and Parakh was the money bubble, going out at 7th place for nada. Karan Swahney, Kiran Bhujel were next ones to fall, both by the hands of Nikhil R, who himself busted next at 4th place, securing INR 20k as the pay-out. Rounding up top 3 was Nikhil Arora who got railed by Jasdeep Nagpal’s Fives.

Heads-up saw Nagpal pitted against Jhawar and the latter had almost double the chips Nagpal had. The final hand of the duel saw short stacked Nagpal shoving for 200k chips and Jhawar making the call. Nagpal was packing 2d 2s and Jhawar Qd Qh. The board ran out Jh Js 5d 7d 4c, enabling Jhawar to win the title with Queens and Jacks. Nagpal settled for INR 50k as the runner-up cash prize.

Keep reading GutshotMagazine.com for more such tournament updates, results and general poker news from around the world.