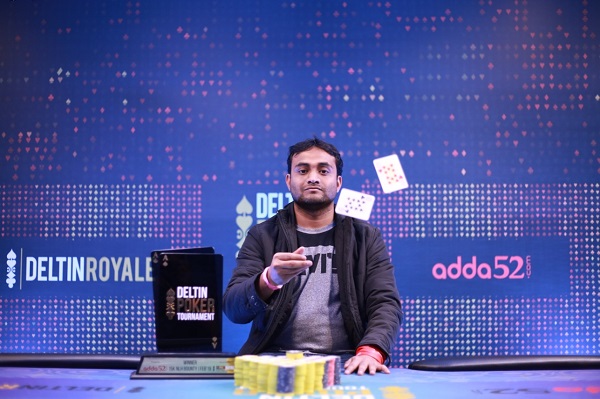 
The Deltin Poker Tournament (DPT) is what the Indian poker community is currently talking about, scheduled between 7-11 February. A total of five tournaments have been scheduled and while Day 2 of the Main Event was the biggest attraction, the DPT INR 15k NLH Bounty Event was being played simultaneously.

Quite a few notables were a part of the action including Adda52 Team Pro Kunal Patni, Vivek Rughani, Vikram ‘Lungi’ Kumar, PokerDangal co-founder Karan Gandhi, and others. In the last edition of the DPT, Abhishek Tibrewala emerged victorious, but he wasn’t a part of the action this year.

A total field of 120 entries registered to the tournament and from them, it was Sajjan Barnwal who emerged as the winner. It was a tough grind that went on for quite a few hours, and Barnwal walked away the happiest of the lot, taking away his maiden DPT trophy and INR 2,30,000 in hard cash, along with 11 bounties worth INR 7,000 each. In all, he took away a sum of INR 3,07,000.

15 players were paid out in all, and it was good to see so many lesser known players reaching the Final Table, beating many top pros of the industry. Ameya Gokhale was the chip leader entering the 8-handed FT with a massive stack of 6,41,000 chips, followed by Barnwal who had a stack of nearly half that of Gokhale’s – 3,52,000 chips.

Eventually however, Barnwal managed to chip up and take down the title, while Gokhale finished in 3rd place for INR 1,05,000. The others on the FT included Rajiv Singla, Vishal Lamba, Bharat Sharma, Amit Tejura, Raajive Sachdeva, and Vishal Surana. It was Lamba who reached heads-up with Barnwal, eventually settling for the runner-up prize of INR 1,62,000. 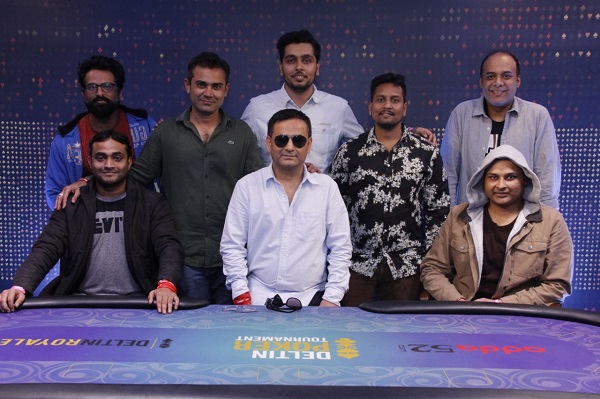 All of it came to an end by Level 20 of the Bounty Event, with the blinds running at 10k-20k, along with a BB ante of 20k. Barnwal got the perfect opportunity to end the tournament when he was dealt pocket Tens in the final hand. He shoved, his opponent made the pre-flop call and revealed Kd 10d. The board rolled out 5d 3h Jc 9s Ah and Barnwal’s Tens won him the pot and the tournament.

Final Results (not including bounties):