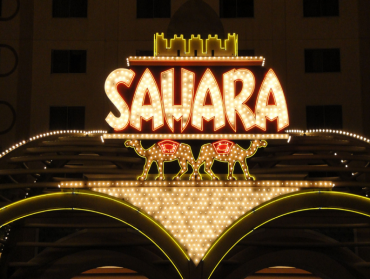 
It is not every day that a casino closes its doors. The Sahara Las Vegas that shut operations in May 2011 reopened a decade later on Friday, 14 February 2020. Favorite among the locals and a home for icons like Johnny Carson, the casino is starting a new era by hosting a grand opening celebration nine years later on 21 February.

The Sahara Las Vegas will be offering 7 tables of real money action that includes Limit and No-Limit Texas Hold’em, Pot-Limit Omaha, Seven-Card Stud, and mixed games. The room will offer four daily tournaments with buy-ins ranging from $45 to $100.

“The new Sahara will rake hands at 10 percent with $4 max,” according to the release. The poker operations manager, Steven Pique told, “While our hours of operations are listed at 10 am to 2 am, we will never shut down active games to close. If we are dark at 2 am, we will shut down and reopen at 10 am.”

The iconic Sahara Las Vegas and Resorts first opened in 1952, serving for nearly 60 years, but things changed over the past decade. Black Friday was the major cause of shutting the operations. American players no longer had the interest to stop by live poker rooms as online poker became easily available.

Within a year of Black Friday, Ellis Island, Fitzgeralds, Jokers Wild, O’Sheas, Silverton, and Tropicana all closed their poker rooms. The Sahara property re-opened in 2014 as the SLS Las Vegas, which stood for “style, luxury, and service”, only to shut again. In 2018 the Meruelo Group acquired the property and brought back the Sahara name last year.

One week following the launch of its new poker room, Sahara will hold a grand opening celebration for players that will include champagne, gift cards, giveaways, and a bounty tournament. For more updates on casinos and poker industries around the world, stay tuned to GutshotMagazine.com.