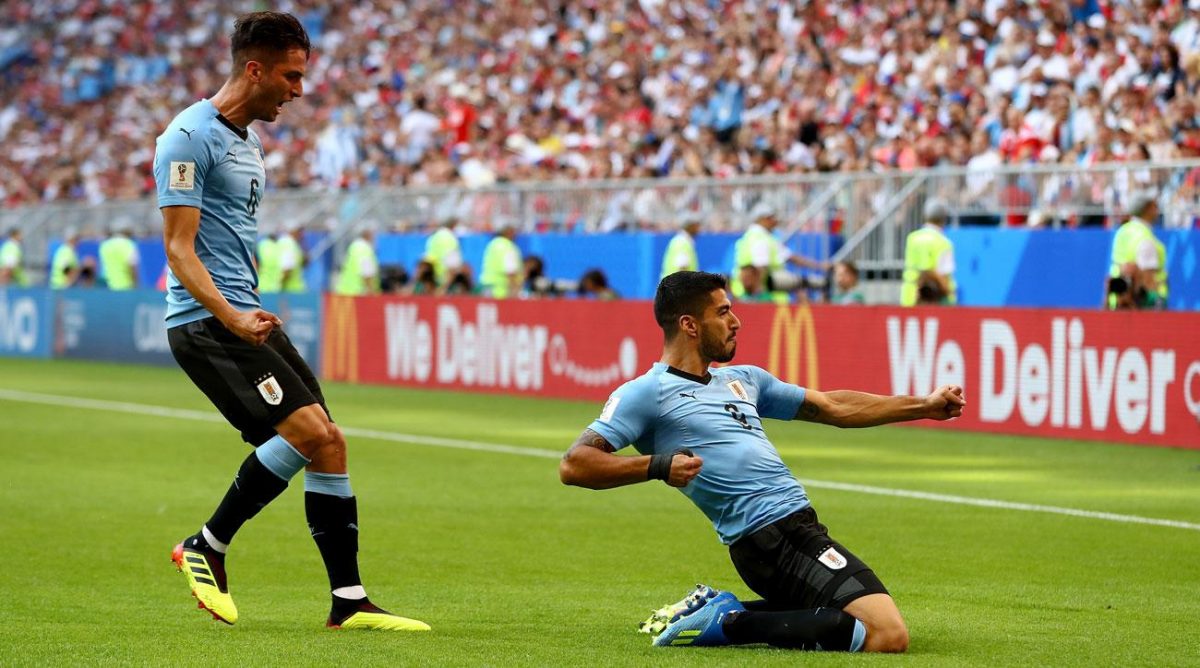 Russia and Uruguay progress from Group A


The final round of group stage matches has begun at the 2018 FIFA World Cup, and games are being kicked off simultaneously, as compared to the three different kick-off timings we’ve been used to so far. Why this change has been made, you wonder? It dates way back to the 1982 World Cup.

Here, Algeria were making their World Cup debut and after winning two of their three games, they were set to progress to the next round of the tournament. However, there was a disgraceful collusion between West Germany and Austria in the next game, the result of which put Algeria out of the tournament. Ever since then, the final round of group games has been kicked off simultaneously.

The action began with Group A games between Egypt-Saudi Arabia and Uruguay-Russia. It turned out to be a disappointing World Cup campaign for Egypt and their star player Mohamed Salah, as they lost all their three games and exited the tournament. They lost to Saudi 1-2, even though Salah scored the opening goal. He refused to celebrate, and there are reports of him wanting to retire from Egypt football, due to political issues. Saudi Arabia vs Egypt highlights:

Saudi Arabia would’ve gladly taken their three points from that game, but they too bowed out of the tournament, as Uruguay and Russia already had two wins each. Uruguay then went on to extend their winning streak, beating the host nation 3-0, with goals from Suarez, Cheryshev (OG) and Cavani.

Russia will be pleased to go on to the knockouts, even though they lost this game. However, they lost right-back Igor Smolnikov to a red card. After waiting on results later in the day, Russia now take on Spain in their Round of 16 game and that will be a huge challenge for them. Uruguay vs Russia highlights:

Keep reading GutshotMagazine.com for daily updates on matches at the 2018 FIFA World Cup.