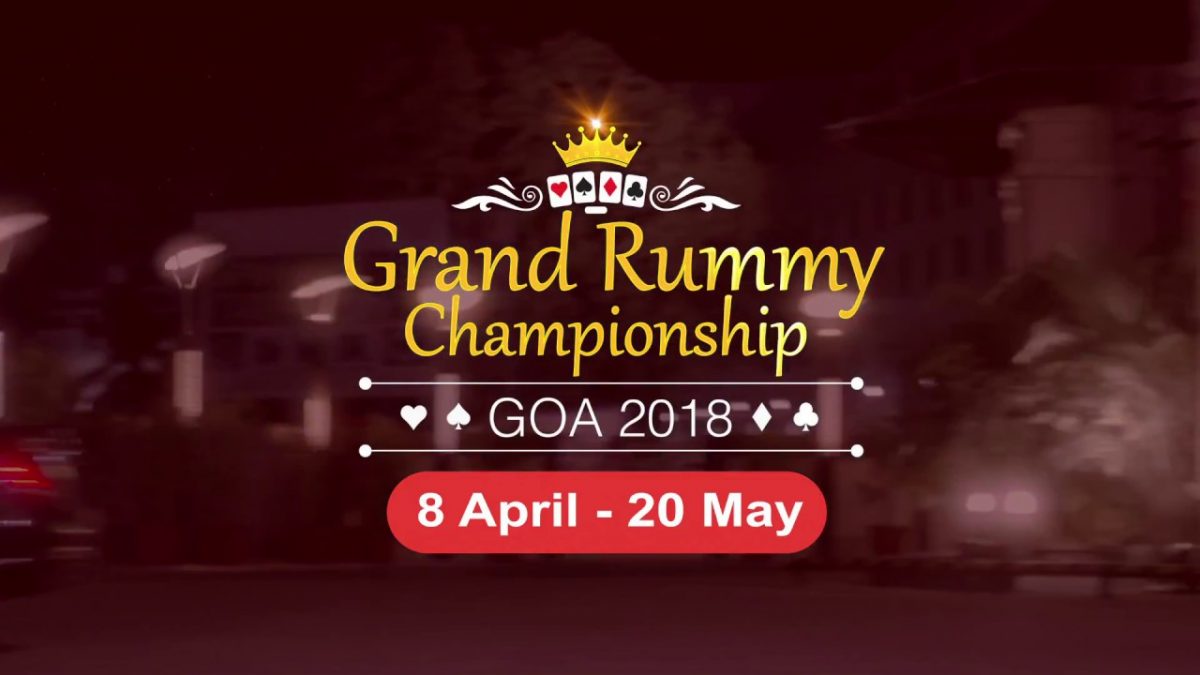 
There’s a new buzz around the rummy world at the moment, with RummyCircle all set to host its first ever offline rummy tournament, with a record-breaking prize pool as well. The tournament will be called the ‘Grand Rummy Championship’ (GRC), and will be held between 18th and 20th May 2018.

The tournament will begin on the RummyCircle website, where online qualifiers with entry fees ranging from Rs.500 to Rs.6,000 will be held. From these qualifiers, the top 204 players will be selected to participate in the Grand Rummy Championship, which is going to be held at the Lalit Golf and Spa Resort, Goa. The qualifiers will receive an all-expense paid trip to the live tournament as well.

Qualifiers via a series of daily tournaments on the RummyCircle website already began on 8th April and winners of each tournament get entries into the Sunday Finale, which is held every weekend. These Sunday Finale winners, in turn, win Golden Tickets to the GRC Finale in Goa.

From the total prize pool of Rs.70 lakh, the live tournament winner is eligible for the top prize of Rs.20 lakh. However, RummyCircle is promising an overall great experience to all participants and not just the winners, with several entertainment performances and a grand party scheduled for the finalists.

“Rummy is one of the most loved Indian card games and over the last nine years, we have witnessed a phenomenal growth in the online rummy community. The Grand Rummy Championship will bring together rummy players from all over India on a shared platform for the first time – all to celebrate our common love for the game,” said Bhavin Pandya, RummyCircle co-founder, on the launch of the Grand Rummy Championship.

Get the GRC 2018 full schedule here. You can also keep watching GutshotMagazine.com for all major updates from the world of rummy!