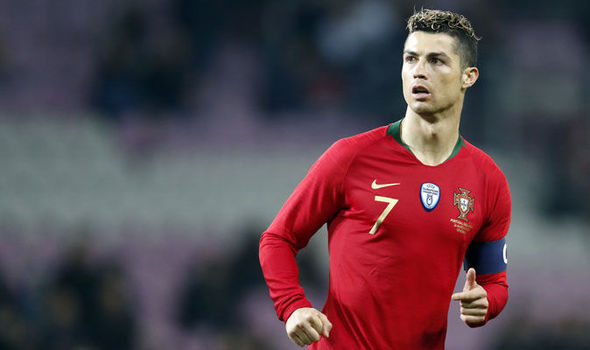 
Manchester United’s head of performance, Tony Strudwick, tells us about the extra training sessions that made Cristiano Ronaldo one the game’s greatest players.

Q. You worked with Cristiano Ronaldo during his time at Manchester United, what made him such an amazing performer?

R. What sets him apart from other players is his skill to create. He’s robust, with strength and he has good movement abilities and he also has the ability to recover the ball. In addition, he has amazing power that helps him jump really high to head the ball. If we take a look at his goals at Manchester United in the last 3-4 years, his jumping has been around 50 centimetres. It’s even more impressive when he reaches these heights with a defender putting pressure and their weight on him. If you can take that kind of impact on a daily basis, you really have to be strong. So what sets him apart is his strength and a combination of his physical and mental resilience to continue his outstanding performance again and again. The genetic component is also there which sets him apart and has kept him motivated.

Q. What measurement tools were used to measure his physical performance?

R. No, we didn’t, unfortunately as Ronaldo left just before we started to validate and audit all performance details of the players, so he just missed out. But obviously the number of games played and the performance level and ability to play every three days, you know he would be at the higher end of the Premier League. He had 50 games performance per season and high-intensity performances in games.

Q. What do you recall of his growth at Old Trafford?

R. When I look back to the time he was with Manchester United, I feel we witnessed the makings of an amazing footballer’s journey. He had talent and always listened to his coach and ticked all the requirements Sir Alex always looked for. If you look at the first three years of his career, it was the polishing bit when he first signed for Manchester United as a teenager. The last three years there was an incredible outburst where he took the game head on and improved it. He’s a guy who weighs around 80 Kgs and can yet sprint, run, jump and he can also tackle. Beyond that he also had the ability to play a game and recover, he averaged around three days between games. These ingredients made him a top player. In addition to that, he put in around 135 goals in his last three seasons at United. So that is his stage and there is no doubt he would continue to perform at that level.

Q. Did he always ask questions as if he was a student?

R. Yes, I think his ability to ask the right questions is what makes him a great athlete. We have sports science which is great but it doesn’t make an athlete. But it helps players get answers to their questions about implementation. The best thing about working with such great players is that they are always making it uncomfortable for you, by questioning you because they want to attain information to play better, and I think that’s one of the biggest challenges for the young players. Most don’t ask enough questions and don’t take enough intellectual interest. Ronaldo was always interested in the game and he always showed his passion for playing the game and his passion for wanting to learn. This is what sets him apart from everyone else.

Q.  Everyone loves players who work hard but did you ever have to tell Ronaldo to ease off?

R. There was a coach when I first joined Manchester United, Carlos Quieroz(currently Iran manager), who always encouraged me to make sure players didn’t overexert themselves, but obviously Ronaldo wanted to do the extra work. It was up to me to deal with the tension, because what I had to do was get the player off the playing field. The players know their own bodies and trained more when they wanted to. The culture in Manchester helped this grow and everyone wanted to train and do more. But this is where the clash came in where they wanted to train extra and we wanted to pull them off the ground so they could rest.

One day I looked out of the window at Carrington onto the AstroTurf which they used to call the cage, where I saw Ronaldo fiddling with something in the corner. For about twenty minutes he was passing and doing his skills and he then put something down on the AstroTurf. I went out there afterwards and found out it was ankle weights. So he was a boy who trained hard with the team and also alone, where he thought harder about how to increase his strength. It would help him do what he had to do. Sometimes he was unhappy with certain parts of his game so he worked more and more on his free-kicks and shooting practice. He was disciplined and kept practicing more and more.

Q. Have you ever met another person like him?

R. No, I never met someone like him and we were very fortunate he came to Manchester United under Sir Alex and was surrounded by players like Ryan Giggs, Paul Scholes, Rio Ferdinand and Wayne Rooney. This group of athletes wanted to get better. Most players In the EPL are fantastic professionals that train but very few want to practice and do more. He was unique in the way he wanted to do more and more and make himself better.

R. I think mentally and physiologically there is no reason that he wouldn’t be able to continue over the next 10 years. But obviously things change just like Michael Jordan stopped driving up to the hoop, he had to change his role, and that would be the same thing Ronaldo will have to do. Ronaldo would be at least 10 kilograms heavier than Giggs but in terms of professionalism, you can fully expect him to reach the standard playing of age set by Giggs. He has the ability to modify and change his game both mentally and physically.

Q. Is Ronaldo the greatest athlete in sport?

R. He has had a unique career span where he has dominated his field of play for so long. To do that it takes consistency in his pursuit for greatness and his performance. It also takes a lot of discipline and it also takes intelligence to perform the way he needs to. There have been a lot of coaches on his journey to help him but it was mainly due to his effort, he has reached where he is right now. He had collaborated with coaches like Sir Alex and a lot of other coaches but you always need to come up with a plan. So seeing what he is doing now is no surprise to us. He will go down as an all-time great.