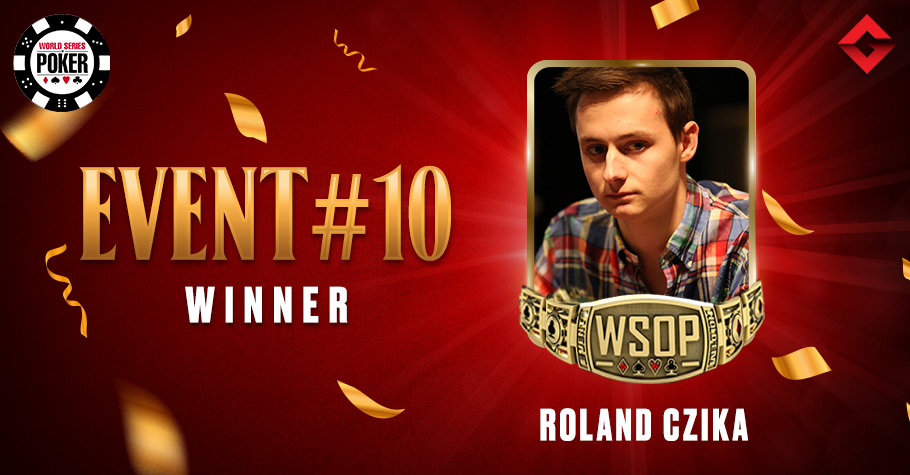 
World Series of Poker (WSOP) Online 2021 has witnessed some action-packed games from top poker players who are grinding hard witnessed some incredible moments and finally a winner was announced. After a nail-biting game, Hungary’s Roland Czika aka ‘Quina Quen’  emerged victorious. The title winner defeated lei “A LEI” Yang to win Event #10: $400 DOUBLE CHANCE PLO for $55,369 and his first WSOP gold bracelet.

The event attracted a field of 975 entries for a $3,66,600 prize pool. Czika entered the final table of this event as the fourth highest chip stack. As other players like Yang, battled back and forth for the chip lead, Czika stayed in the hunt through several eliminations and rode a series of double-ups in the final table action.

Poland ran into the two pairs of Garama and fell in sixth place after a steady run in the tournament’s second day for $10,940. Georgian Pro Mariam “WisdomTree” Nozadze who rode a big triple up from Yang and Garama before finally falling in fifth place for $15,131. Nozadze fell to a flop straight from Garama.

The latter couldn’t survive Czika’s big slick when the board opened to a straight and went into three-hand play as the chip leader. Garama bowed out for $20,927 in fourth place. The Canadian pro, was next in line. Czika had his eyes on the gold bracelet. He eliminated Watson in third place with aces and jacks. Watson departed with $28,944 in prize money.

China’s Lei Yang couldn’t last longer as Czika opened a flush and sent Yang away for $40,033 in second place. The heads-up was Czika’s game as he grabbed the chip lead and nailed the tournament with a pair of queens.