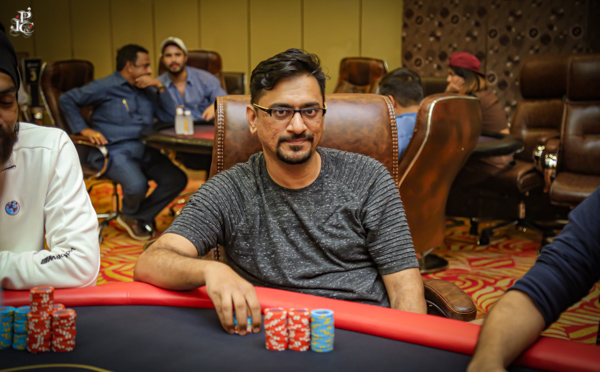 Day 1 of the 25K Kick-Off is almost coming to an end with the action on the felts slowing down as the tournament approaches the money bubble. At Level 17, the preflop action saw Siddarth Singhvi bet 13,000 and Manish Lakhotia raised to 65,000 holding Q ♦ Q ♠. Singhvi who had A ♣ 3 ♣ jammed and Lakhotia called. The community cards had J ♠ A ♠ 3 ♠ 2 ❤ A ❤ with the river bringing a full boat to Singhvi who had a massive double up and a stack total of 720,000. Not bad for Singhvi who is definetly thanking the poker Gods during such a crucial moment in the tournament.