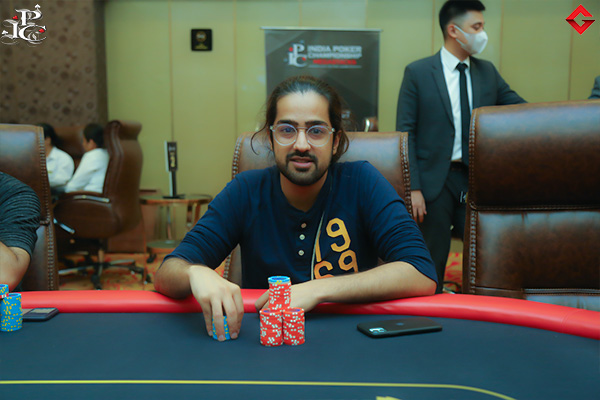 At Level 9 on Table 3 (blinds 600/1,200, ante 1,200) just before the end of registration, preflop action saw a 2,500 raise being called by Krishna Khatri only to be jammed by Ritwik Khanna with his K ❤ Q ♦ . Khatri with his A ♠ Q ❤ called the 14 BB jam off and the Ac on the 5h 3h Ac board was pretty much the end for Khanna. The 6h on the turn gave Khanna some equity for a possible flush but the river of 9d was a deal breaker! We expect Khanna to make a re-entry with this being the last level before the end of registration.