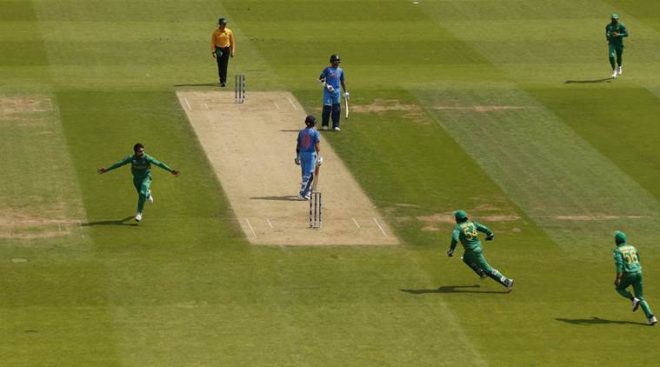 
Amongst the most obsessed things by India, that which tops the list is Cricket. Politics, Daily Soaps, Cars and random people on social media are the other topics that follow cricket in the list of the most discussed affairs within the country. While there is no debate over the fact that India’s national game, Hockey is loved by the nation, the other undeniable truth that remains to be is that no other sport is as warmly received and appreciated by Indians as Cricket. Hence, we decided to dig deep into the causes behind India’s undying affection for Cricket, and guess what? To our surprise, the reasons why we love cricket is not just limited to our inclination towards sports in general but extends to reasons petty yet sweet for the people to fall in love with the sport year after year.

Sachin Tendulkar – ‘If cricket is a religion, then Sachin is the God’ is the quote we’ve been brought up with but little did we know that it’s not just due to the skills possessed by Sachin Tendulkar that he is worshipped as a God among the cricket fanatics but also due to his humility, honesty and records that he set miraculously most of which still remain unbeatable

Lagaan– If you think that it’s just the Amir Khan movie that has kept India spellbound to cricket, then we beg your pardon to correct your facts as from the inspiration for the movie to the actualization of the concept of the movie on the fields all ranges back to the period in the History where the people of India had to fight even for their basic rights

Betting – Let’s not deny the fact that India as an economy loves making money! Sure, we are not greedy hounds who have crooked ways of making money in whatever form received but it doesn’t negate the impulse that drives us to bet during the games

IPL – While there’s still debate over the topic if IPL is a healthy decision for the home team of India or not, we thoroughly enjoy seeing the auctions and bettings, not forgetting the international players’ collaborations

Movies – How could we forget Bollywood when we talk ‘obsession’? Bollywood seems to be the inventor of obsession over various happenings around the world and cricket with movies that portray any and every movement as a dynamic one as every little boy in the neighbourhood believes for himself to be Sachin or Virat

Marketing – The base of every century or hit of an action in the county advocated and advertised by the Marketing Gurus proves to be a millennial move in the history and is natural to be followed by the masses and hence, Cricket was, is and very potentially remain to be the start sport of India!