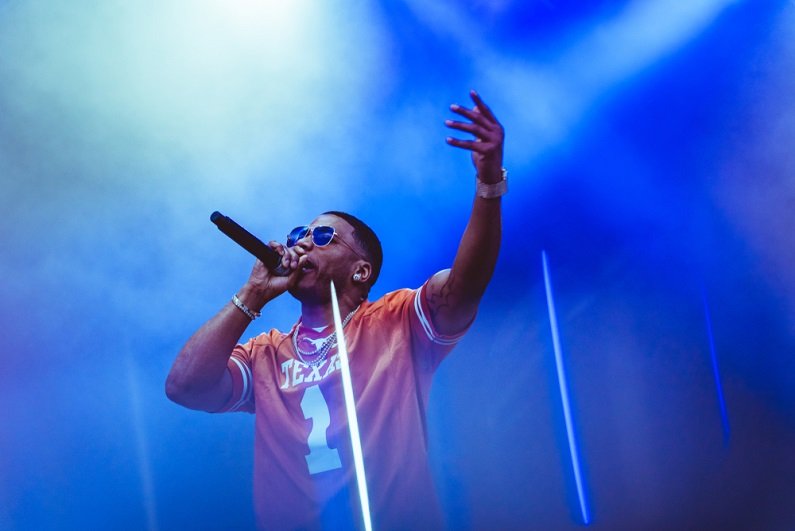 
Poker is all about patience but sometimes things could go haywire. The competition that involves keen observation and concentration could at times break your focus. 3-time Grammy award winner Rapper Cornell Iral Haynes Jr. popularly known as Nelly was caught arguing with a fellow poker player and a pit boss at the Mohegan Sun Casino in Uncasville, Connecticut.

TMZ, a news celebrity website shared a 50-second video of the singer and songwriter questioning his opponent’s poker ability at an Ultimate Texas Hold’em table. The other player insulted by Nelly’s comment told him to “get under my nuts.” The other player present at the table had enough of their arguments, took his chips and left the table right away.

The St. Louis rapper didn’t take the insult kindly and expected the supervisor to take action. The supervisor told Nelly that he never heard the comment to which Nelly started yelling and getting loud, saying, “I expect you to be on their side.” Gamblers at the table told the media that insults started “flying” between the players and the pit boss. However, the verbal clash did not require police or security and the incident diminished quickly after the words were exchanged.

Nelly is recorded to have appeared in the 2007 World Series of Poker (WSOP) Main Event and has also played in events at the former PokerStars Caribbean Adventure (PCA) and European Poker Tour (EPT). Earlier too, a bunch of other rappers have made it to the headlines for getting involved in arguments at casinos.

In May 2019, a Philadelphia rapper Meek Mill accused the Cosmopolitan Hotel and Casinos in Las Vegas of being racist after he was refused to enter. Also, global star Drake stated in his social media that the Parq Vancouver Casino in Canada profiled him racially. It was reported that the rapper failed the casino verification checks but later claimed that the verification checks were successful and that he was still refused from playing at the venue. Keep reading GutshotMagazine.com for more updates on poker news and casino industry.