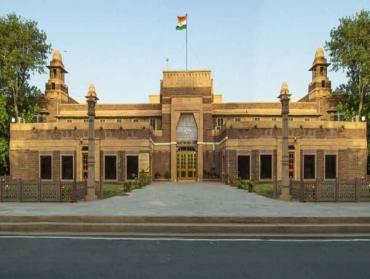 
The past few years have been challenging for the gaming industry and among them, Dream11 has always been under the legal eye. Recently, the Rajasthan High Court ruled that the fantasy gaming platform Dream11 is a game of skill.

A division bench comprising of Chief Justice Indrajit Mohanty and Justice Ashok Kumar Gaur of the Rajasthan High Court reiterated an order given last week by the Punjab and Haryana and Bombay High Courts that mere skill cannot fall within the activity of gambling or betting.

The PIL filed by Chandresh Sankla, a resident of Ajmer city claimed that the government must stop online fantasy sports like Dream11 that is involved in gambling activities. Further adding that criminal proceedings must be initiated against the company and make sure that such activities are stopped across India.

Justice Gaur while speaking for the court in Chandresh Sankla v. State of Rajasthan and Others added a point from the Varun Gumber v. Union Territory of Chandigarh and Others where it was decided that “The respondent company’s website and success in Dream 11’s fantasy sports basically arise out of users exercise, superior knowledge, judgment and attention…. Equally so, before I conclude, I must express that gambling is not a trade and thus, is not protected by Article 19(1)(g) of Constitution of India and thus, the fantasy games of the respondent-company cannot said to be falling within the gambling activities as the same involves the substantial skills which is nothing but is a business activity.”

The Rajasthan Court in its judgment also included a valid portion of the Bombay High Court’s decision of Gurdeep Singh Sachar’s case that only if the result of the game is determined by chance or accident, any money put with the consciousness of risk would be classified as gambling also noting that both Gumber’s and Sachar’s Special Leave Petitions (SLPs) in the Supreme Court were dismissed.

The court dismissed the petition by saying that considering Dream11 as betting and gambling is no more “res integra” with the announcements made by the Punjab and Haryana HC and Bombay HC ” the SLPs have also been dismissed against the orders of these High Courts.” For more such legal news on the gaming industry in India, keep reading GutshotMagazine.com and stay tuned!