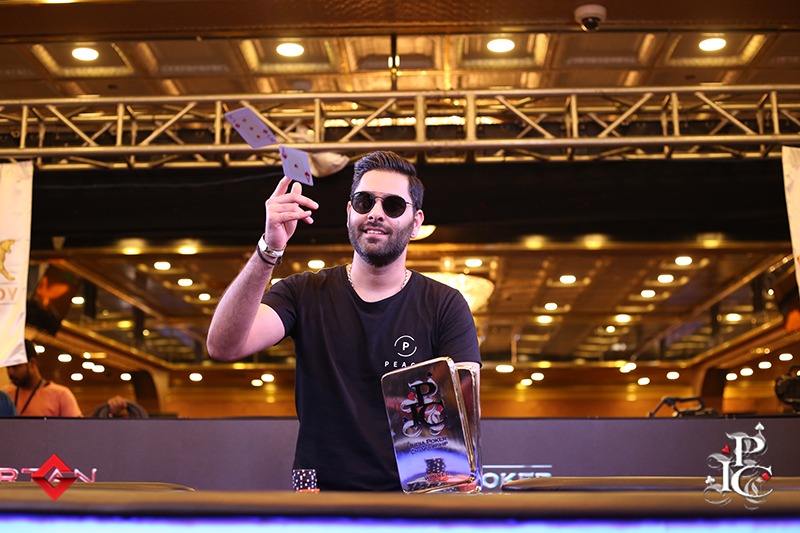 
Magnificent! That’s the word that comes to mind when we talk about the Main Event at this September edition of the India Poker Championship. This INR 35,000 buy-in event had two packed starting flights of Day 1A (390) and Day 1B (387), which an incredible 777 entries competing for a prizepool of over INR 2.67 Crores. That figured crushed the original guarantee of INR 1.6 Crores by a cool additional crore, something that even the regs did not expect to happen. In the end however there could be only one and that turned out to be 32 year old Pune businessman Raj Talwar who raked in a phenomenal first place prize of INR 49.25 Lakhs for outlasting this massive Main Event field.

Day 2 combined the survivors of both starting flights (82 and 77) bringing them together on Sunday afternoon at 3:00 pm to play down to one player who would be crowned champion. Awnish Singh (508,000 chips) and Sanat Mehrotra (499,000 chips) were the top stacks of each starting flight and ran deep on Day 2 but neither player would end up making the final table. Nikunj Jhunjhunwala was one of the notables in field who has previously won an IPC Main Event in December 2015. However he was one of the shorter stacks going into Day 2 and soon into this day met his end in this tournament at the hands of another well known player in Haresh ‘Kavish’ Kukreja.

Other players who couldn’t make it to the money included names like Baadshah Live Tourney High Roller winner Jayjit Ray, runner-up in Thursday’s IPC 100k Highroller Nitish Gupta, Adda52 Celebrity Pro Minissha Lamba and others. Perhaps the player who must have felt the most pain was Mayank Makhija, who bubbled this massive event in 87th place. Once the bubble burst there was a rash of knockouts as we hurtled along towards the final table. Action eventually slowed down a fair bit at the time when the last 25 players remained. One of those 25, was the only non-Indian player in China’s Zhangchuan ‘Amy’ Ling who finished an impressive 21st place and claimed the Last Lady Standing prize which the IPC has instituted for all events in the series.

Soon enough though it was time for the final two tables and we had notables in Kukreja, Dhaval ‘Dirrty’ Mudgal, Pulkit Goyal and Ashish Ahuja as well as Ayush Garg, Sanket Arora, Dinesh Singh, and Raj Talwar. Ayush Garg was leading the counts in the late stages and accounted for the knockout of Anshul Bagai who was the FT bubble boy. Thereafter Haresh Kukreja was the first elimination of the final table by Ahuja whose Ace Queen hit an Ace and knocked out Kukreja and his Queens out of the tournament. Then in what seemed like three hands we had four eliminations, two each by Ahuja and Talwar. Three-way action still had Garg leading with Mudgal close behind followed by Raj Talwar on the short stack. Mudgal kept bleeding chips and failed to get any traction and eventually put it in with pocket Threes but got eliminated by Talwar who hit an Ace pair on the turn against Mudgal.

Chips kept moving back and forth between Talwar and Garg but eventually Talwar managed to win a couple of pots to take the lead. Eventually he called with Ah 3d on Garg’s Qc 2d on a board of Tc 6h Jd Kd Ts. And with that hand we had a winner in Raj Talwar who took down the biggest ever field for an IPC Main Event, a cool trophy and INR 49.25 Lakhs!

We spoke with runner-up Ayush Garg who hails from Nainital, Uttarakhand and is now a resident of Mumbai for the past few years. After working in Data Science for a few years decided to switch to playing poker full time for the past 18 months, “It was very hectic to juggle my job and playing poker. I felt I wasn’t doing either of those any justice so I decided to quit and pursue the game professionally.” Garg is keen to use at least some of his winnings to make in Asian tournaments and Vietnam is definitely a stop for him in the coming weeks. His immediate ambition is to play in Las Vegas next year at the World Series but for now he is biding his time and looking to build his bankroll by playing in all Indian tournaments. “I was chip leader for most of the second half and I felt I played reasonably well. Sometimes cards don’t go your way and that’s what happened here but I’m not disappointed. It’s a learning experience every time,” said Ayush Garg as he headed off to the cash cage to collect his winnings. 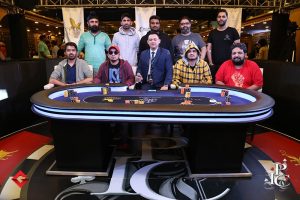 In a post win interview, Talwar talked to Gutshot Magazine about feelings after this humongous win, “I am quite speechless… this is my first trophy despite having made multiple FTs so it feels very special. I would like to thank my support system – family and friends. This is a big achievement and I am sure there are many people in my life who are going to be proud of this achievement.” Talwar who primarily is a cash game player also coaches and stakes players. He became a little emotional thinking of his friend who battled cancer and is now working with Talwar on improving his game, “My friend told me that if he were to come through his treatments, he would take up poker.” On whether he intends to play more tourneys in the future, “Yes for sure! No question I will be back for the next IPC whenever it is. The organisers are my friends and its is more special because the IPC is where it all began for me in tournament so I am very happy and proud that the brand has come back with a bang!”

“Winning the biggest tournament in India is a special feeling and to compete with some of the best in the business makes this win all the more special,” says Talwar as he signs off.