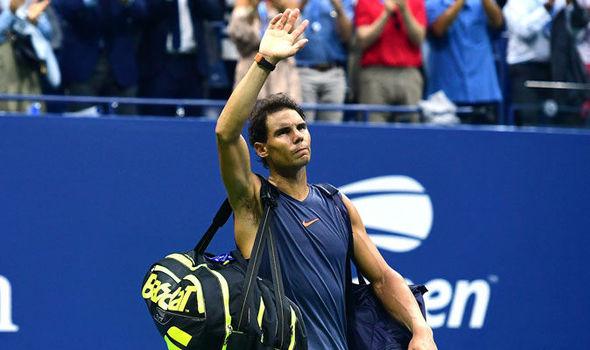 
It wasn’t an ideal end to the 2018 US Open for Rafael Nadal, the top ranked player in the world and top seeded in this tournament as well. Nadal played his semi-final game against Argentine Juan Martin del Potro last night and what promised to be an amazing game of tennis, actually ended in a tame result.

Nadal, suffering with an injury, was forced to retire in the second set and Potro advanced to the US Open final, where he will face off against former world number 1, Novak Djokovic. It was just 4 games into the first set that he felt the pain in his knee, something he has suffered with throughout his career.

He knew what it meant, but he’s a fighter and battled it out for 2 hours on the court before eventually retiring, something that he hates doing. Also, doing so in a semi-final would hurt much more. “After that, I was just trying to see if in some moment the thing can improve during the match. But no, was not the day,” he said after the game.

“I waited as much as I can. You could imagine very difficult for me to say good-bye before the match finish. But at some point you have to take a decision. It was so difficult for me to keep playing at the same time that way, having too much pain,” he added, clearly disappointed in the post-match conference.

Keep reading GutshotMagazine.com for more updates on the 2018 US Open.