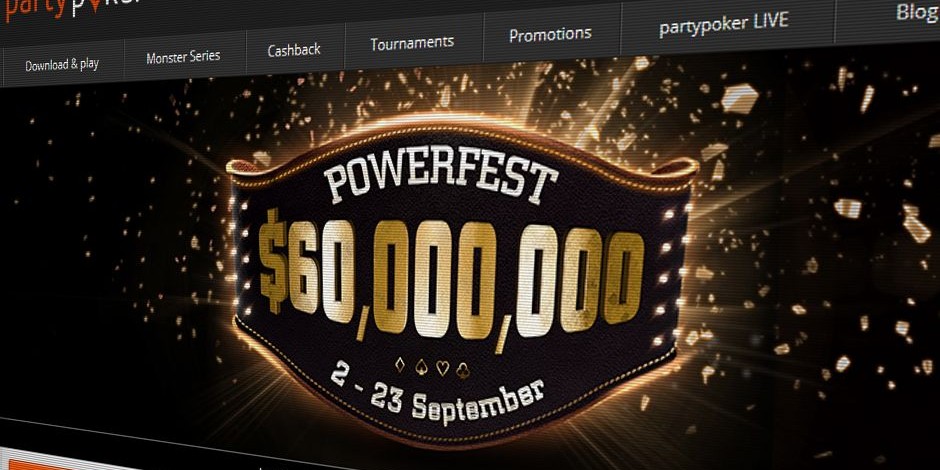 Powerfest to return with record $60 million in prizes


Earlier today, we reported the launch of the Irish Poker Masters, which will be an addition to the partypoker LIVE tour schedule. It’s one of those continuous attempts by partypoker to compete with the best in the business, with the dates clashing with that of Poker Central and ARIA’s Poker Masters.

Here comes another one of their brave attempts to be one of the best. After the announcement of a big live tournament series, they have announced the return of its online poker tournament series called Powerfest. This edition of the Powerfest is here with the biggest guarantee in its history!

The last Powerfest series was held in May and the next one will be held between 2-23 September 2018. They have announced a whopping $60 million in guaranteed prizes over 670 events during these 22 days of the series. This will give PokerStars’ World Championship of Online Poker (WCOOP) some serious competition.

With the May WCOOP, they beat the Powerfest’s $35 million GTD with a $60 million series of their own. Now, with Powerfest nearly doubling its prizes, we’re expecting a big announcement from PokerStars very soon. Could the guarantees go to $80-90 million? $100 million maybe? Expect the announcement very soon.

PokerStars and partypoker have always been playing the cat and mouse game, with partypoker usually coming second. However, they have been making huge strides and this could be the closest they have reached to PokerStars in a while. Keep reading GutshotMagazine.com for similar big announcements in the online and live poker space.