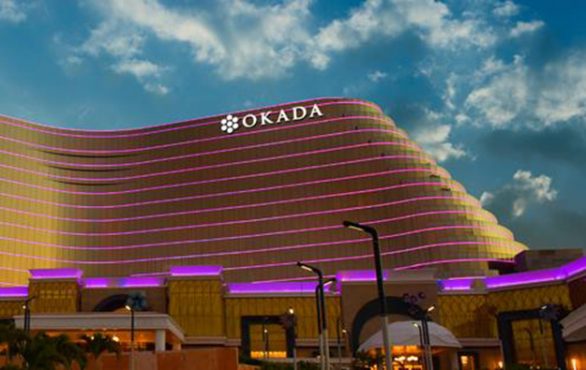 PokerStars LIVE Manila is back!


It was just last week that PokerStars LIVE announced their famous Red Dragon Festival to take place in Jeju, South Korea. This week, they came out with another exciting announcement – the tenth edition of Manila Megastack, to be hosted at the opulent Okada Manila Resort.

The tournament will be hosted across a period of ten days, scheduled between 7 – 16 December with a guaranteed prize pool of PHP 17 million through the series, which turns out to be just above INR 2.31 Crores.

The tournament will feature a total of 26 events spread across the 10-day schedule, including the following:

The Main Event of this tournament will take place on the final day, with starting flights on previous two days. The buy-in for the starting flights are fixed at PHP 30,000 (~INR 40,746). For complete schedule please visit the PokerStars Live Manila webpage.

Gerardo Gil Alim, the Operations Manager of PokerStars LIVE Manila said, “The previous Manila Megastack tournament was huge with Singapore’s Ignatius Ee Joo Meng beating a field of 696 entries to win the series’ biggest payout of PHP 4,000,000 (~INR 54.38 Lacs) in the Main Event. We look forward to players joining us at our new home at Okada Manila for another top-class tournament.”

The 9th Manila Megastack Main Event was held in May this year, and also had couple of Indian players in the mix. Dilip Ajitkumar Menon made a deep run in the Main Event, finishing 26th in the end and cashing out about PHP 98,000 (~INR 1.27 Lacs).

The new poker room at the Okada will be situated in the Coral Wing and offer 8 cash game tables with a multitude of limits to accommodate players of different abilities. NLHE and other variants will be available from stakes of PHP 25/50 and above. Players will also enjoy various promotions and daily tournaments. The opening date for this room will be announced in due course by PokerStars.

The Okada Manila, operated by Tiger Resort Leisure and Entertainment, is located in Entertainment City, Parañaque, Philippines and is the biggest integrated resort in Manila with 500 rooms at present. The resort also accommodates Southeast Asia’s largest indoor beach club, night club and the also the world’s largest multicolour dancing water feature, dubbed as ‘The Fountain’ all of them in one giant complex.

Keep checking GutshotMagazine.com for more information about this event and other similar poker events in Asia and around the world.