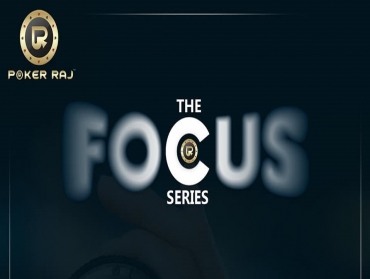 
PokerRaj is a budding online poker platform in India which has regularly hosted mid-stakes events and tournament series to capture the imaginations of the larger poker mass of the country. They recently hosted The Countdown, the Xpansion Series and the Royal Race all in the last month, making a very successful year end.

They just launched another such exciting series called The Focus Series (TFS). The series has a total prize pool of over INR 6+ Lakhs and will run between 3-6 January 2019, with 19 scheduled tournaments. In all, it has an amazing INR 5.7 Lakhs in guaranteed prize money, but the excitement doesn’t end here. The series will also feature a Leaderboard that guarantees another INR 40,000 to top 5 players. 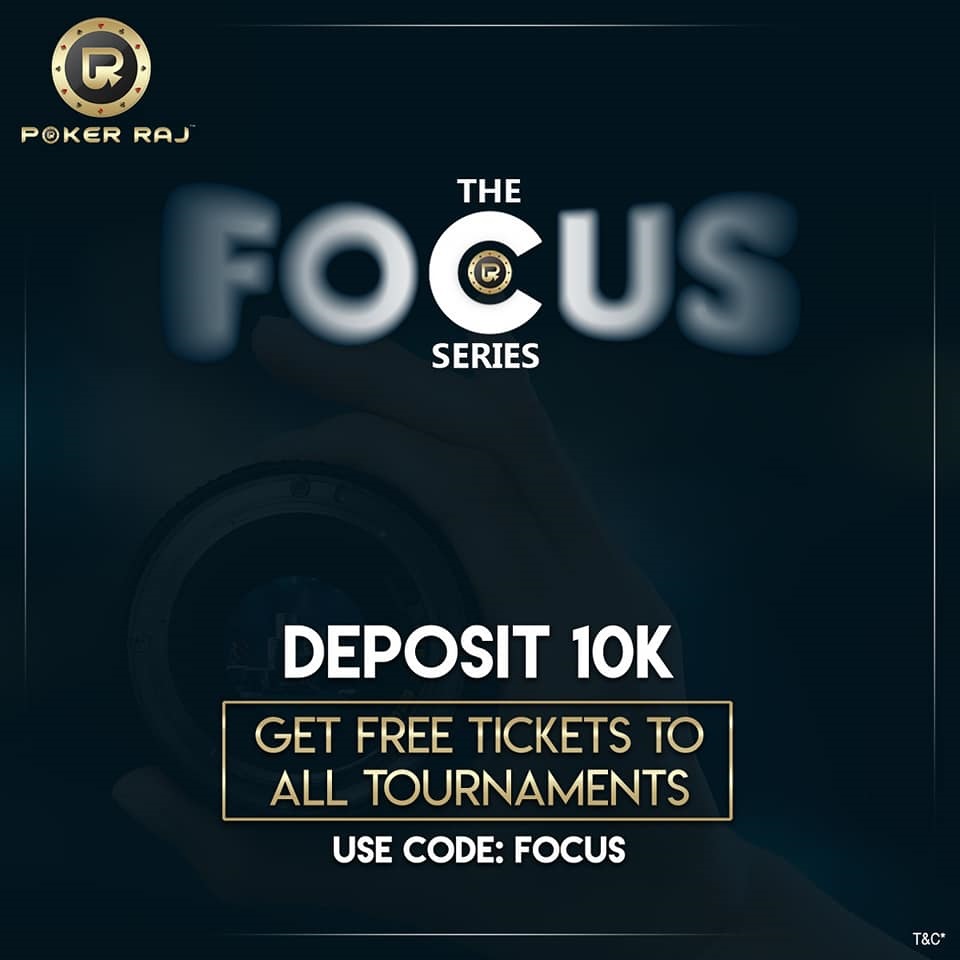 The PokerRaj leaderboard guarantees INR 15,000 to the 1st place occupier, INR 10,000 to the 2nd, INR 7,000 to 3rd, INR 5,000 to 4th and INR 3,000 to the 5th place. Leaderboards are always a necessary thing to include in a series if you really want to see who’s the most consistent and skilful player overall, since leaderboards throw out the random luck factors thrown out of the equation.

The first three days of the series will each have five events being hosted with buy-ins ranging from INR 145 to INR 330. The gem of this series will be the Nations Cup, to be hosted on the final day of 6th January. The buy-in for the Nations Cup is set at INR 990 and offers the biggest guarantee of INR 1 Lakh in the series.

Players who deposit INR 10,000 or more with the code FOCUS will earn tickets to all 19 events of The Focus Series, while there are also codes for each day of the series. The winner of the Nations Cup in The Focus Series will get to represent India at the International Federation of Match Poker (IFMP) Nations Cup, scheduled to be hosted in Ireland, all expenses paid for. PokerRaj is the only platform that provides such an opportunity to poker players in India.

Don’t have an account on PokerRaj? You can join their platform and be one of the big winners in The Xpansion Series. Go ahead and sign-up to PokerRaj HERE.