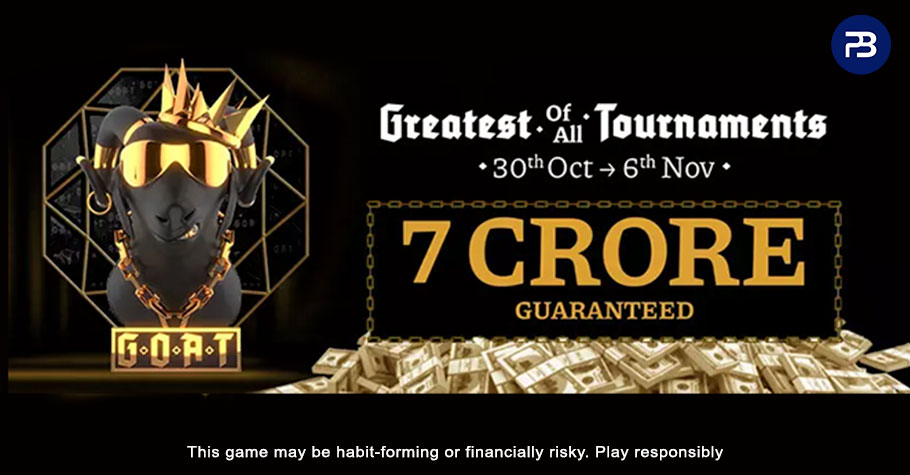 PokerBaazi Is Celebrating It’s Eighth Anniversary With The G.O.AT

PokerBaazi is known for announcing its events in unique ways. Keeping the tradition alive, PokerBaazi announced the GOAT via a bang-up music video. The tournament, which is all set to be  India’s largest ever single Poker Tournament, has a massive prize pool of ₹7 Crore. The tournament will also have satellite tournaments scheduled to begin from 1st October  2022. The main tournament will start on 30th October 2022.

PokerBaazi started its operations in the country on 23rd October 2014. Over the past eight years, the company has managed to come a long way in contributing to the development and growth of poker and its ecosystem in India. The brand offers market-best product and several industry-first gameplay features that have helped it establish its tech prowess and industry-leading position.

Talking about the milestone, Navkiran Singh, Founder and CEO, Baazi Games, said, “With India marching ahead in building its technology arsenal and fast progressing in its infrastructure, especially with the rollout of 5G, we foresee an immense growth in product-led startups in our country. Poker for sure is a sunrise segment within the larger gaming ecosystem.”

He further added, “It gives me immense pride that we as a team have built this solid product in these eight years and now, as poker is taking shape as a sports category in India, we need events that people will look forward to playing. I am sure that India will see many poker GOATs in the time to come and hence our new tournament is aptly coined. I am certain that the poker industry will grow exponentially in the next five years. This celebration stands for the milestones we have achieved as an industry and the users who made this possible.”

As of the financial year 2021, real money gaming is the most significant contributor to online gaming revenue in the country, holding nearly 54% of the market share. Along with its poker offering, PokerBaazi has also grown to become the primary driver of Baazi Games’ exceptional growth. PokerBaazi contributes to over 75% of Baazi Games’ revenue. PokerBaazi

earlier this year and even held promotions to celebrate the milestone. The festive season, which is just around the corner, seems to be more rewarding for Indian poker players, with the brand company having announced massive giveaways across game formats, scheduled to run for over a month. The celebrations have already begun with the ₹7 Crore game leaderboard that started on 26th September 2022. 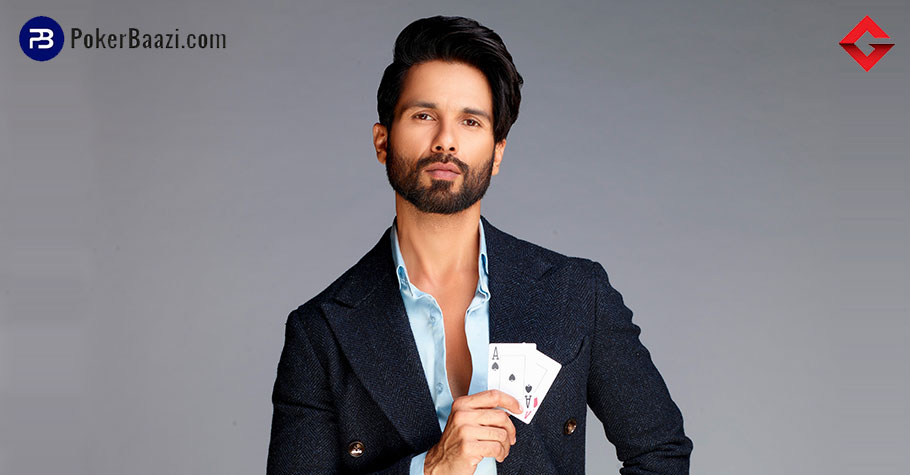 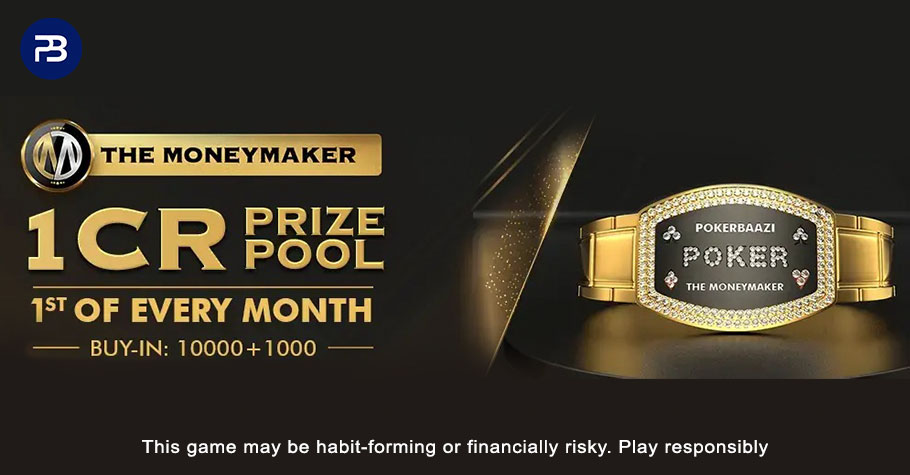 PokerBaazi’s The Moneymaker Event With 1 Crore ... 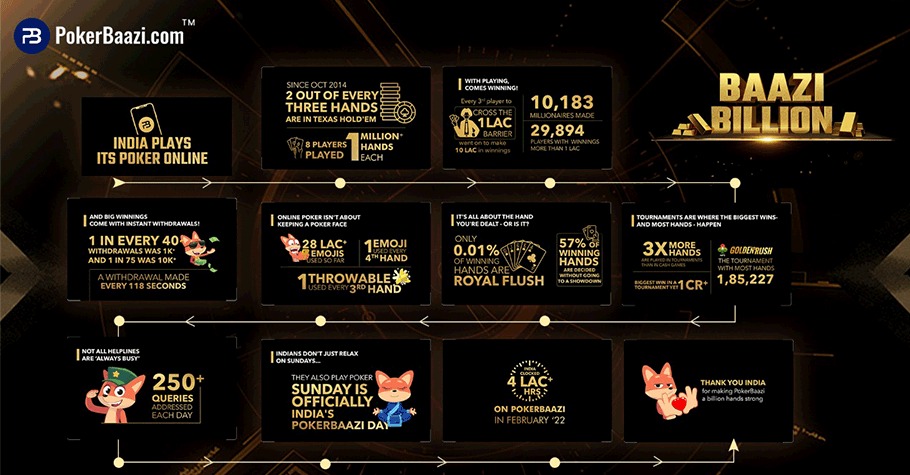