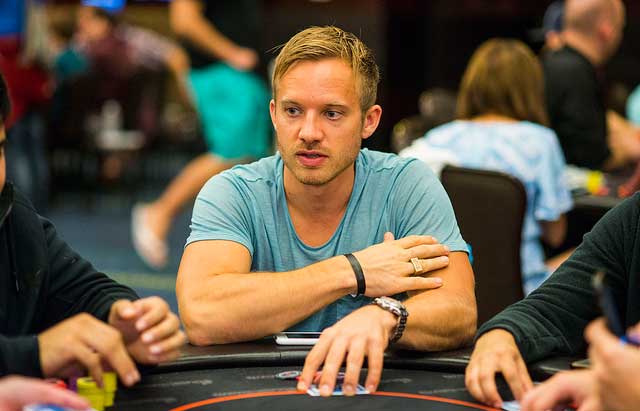 
The PSL (Poker Sports League) is a sports league that was founded in 2016 with an intention to establish poker as a mainstream sport in India and allow poker players to prove themselves on a bigger stage. Season 1 was won by Delhi Panthers, grabbing the top prize of INR 1.5 crores and it wasn’t long before they announced Season 2 of PSL.

They added teams to the tournament (total 11), announced Viswanathan Anand as brand ambassador of PSL, signed sports channel DSport as broadcast partner and did much more in the build up to Season 2, in order to get maximum attention to this unique league and to promote poker as a mind sport in India.

The 11 teams will compete for a prize pool of INR 3.6 crore and the player combination of each team is as follows – 1 mentor, 2 pro players, 2 live qualifiers, 3 online qualifiers and 2 wild card entries. Very recently, a huge announcement was made with Swedish poker pro Martin Jacobson being signed by reigning champions Delhi Panthers as their second wildcard pick.

This is a huge deal not just for the Panthers but for the PSL itself, as Jacobson is an accomplished poker pro with a decade of live poker experience and most significantly, a WSOP Main Event title. Yes, he won the 2014 WSOP Championship for a life-changing $10 million which is one of the biggest live poker wins ever!

PSL owner, Amit Burman, called Season 1 a mere trailer as compared to what Season 2 had to offer and big announcements are slowly unveiling as we build up to Season 2. Live and online qualifiers have been taking place over the last few months and the season will take place between 9th and 13th May 2018.

With over $16.5 million in live poker earnings, Jacobson is on top of Sweden’s all-time poker earnings’ list and he will be a fine addition to the Delhi Panthers. The teams have been announcing their wild card players over the last few weeks before this high-profile signing of the 888Poker ambassador. Prior to this, Goan Nuts announced Dylan Linde as the first wild card pick, an online MTT specialist with over $7 million in poker earnings.

With Raj Kundra’s Match Indian Poker League completing two seasons and the inaugural Global Player League set to come to India, there will be a battle for supremacy between these three leagues and such announcements certainly put PSL ahead. Keep reading GutshotMagazine.com for major updates on all these Indian poker leagues!