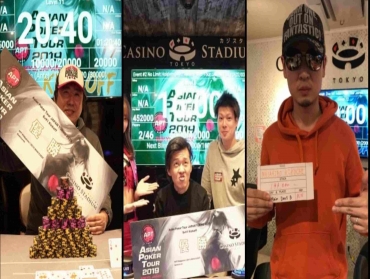 
After Asian Poker Tour’s first series of 2019, APT Vietnam Kickoff last month, it was time for them to take their prestigious brand to the pacific country of Japan, for the first time in its history. The APT Japan Tokyo, scheduled between 1-11 February 2019, has already declared its champions for first few events. The Main Event also saw two starting flights already in the books.

Go Mori captured the series’ first title, Event #1 Kickoff, and has earned an APT Philippines I 2019 ME ticket worth JPY 120k. He overcame the 49-entry field, deafeating Japan’s Renjiro Uehara in heads-up.

The Final Hand of the tournament saw Mori with Ad 2d. Uehara was packing 10c 8c but was disappointed to see the board of 9h 4s Qd Ah Kd which denied him the outer straight draw and gave a pair of Aces for Mori to ship the tournament and the APT ticket. 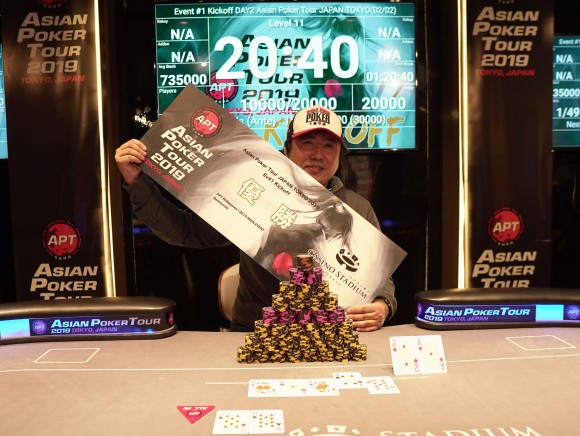 The winner has played a lot in the Asia Pacific region and his first live cash came in 2016. His biggest live cash came from 2018 APT Vietnam at CoinPoker HR Single Day where he finished 4th for VND 171,940,000. He even finished 3rd in the POS Race there.

Another player made major headlines at the APT Japan Tokyo by winning two of the side events. The first was the Event #2 NLHE 1 hosted on 2nd February. China’s Jin Bo topped a field of 46 entries to ship the title and saw the prize of APT Philippines I ME ticket wroth JPY 120k as well as 4-night accommodation worth JPY 40k. 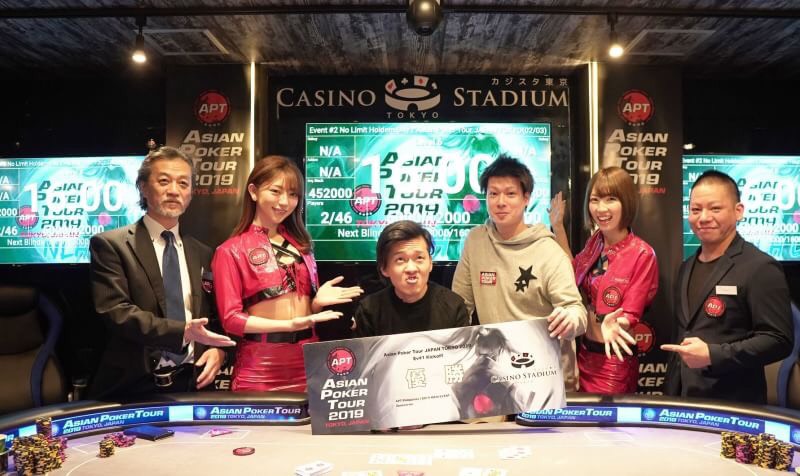 He defeated Yuki Arikawa in heads-up with Kc Qc over Arikawa’s Ah Qh on a board of 5d 2c 6d Ks 7. This was Jin Bo’s first ever APT title and would’ve been delighted to win it in the first ever APT series hosted in Japan. The runner-up also got the APT Philippines I ME ticket worth JPY 120k.

The second title for Jin Bo came in Event #3 NLHE Turbo on the following day. He beat the field of 33 entries and beat Junya Kubo in heads-up. Jin Bo was awarded with another APT Philippines I ME ticket for his double.

After we reported the APT Japan Tokyo Main Event Day 1A, in which Japan’s Kei Kitazawa was in the lead with 122,100 chips, it’s time to do the same for the second starting flight on yesterday i.e. Day 1B.

The day attracted 65 entries in total out of which only 19 remained to see Day 2. Japanese local Masahiro Kikuchi emerged as the chip leader on the day bagging 199,999 chips, more than Kitazawa’s previous day lead. He is followed by Takumi Matsuzaka at 2nd with 197,800 chips. 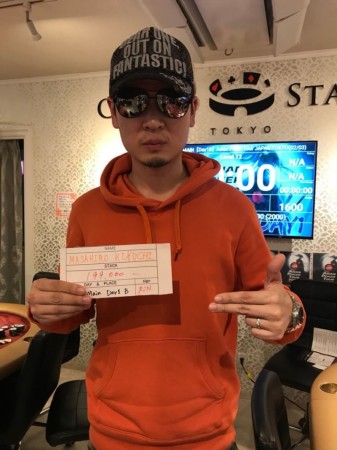 With the two starting days completed, 32 out of the total 117 entrants have qualified for Day 2 on 10th February. The third and the final starting flight of the Main Event will be hosted today so keep reading GutshotMagazine.com for timely updates from APT Tokyo Japan as well as for your daily dose of poker news from around the world.