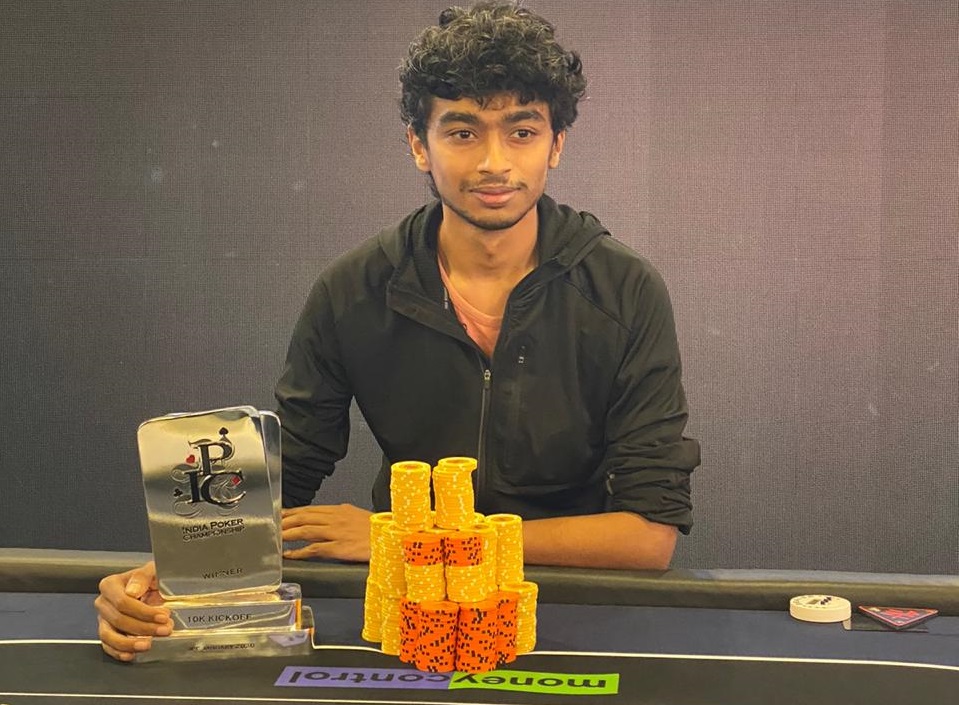 We’ve reached the end of the first tournament of the ongoing India Poker Championship (IPC) in Goa. The festivities began with the 10k Kickoff Event and Aditya Kesharwani in the lead among 22 survivors still in the running. However, he busted out soon on Day 2 and the eventual winner turned out to be Vinod Megalmani, who overcame a deficit in heads-up to ship the title!

The day began with a flurry of eliminations. Within the first hour of play, we were already down to the final 15 players and the quick bustouts continued even after that. With the 100k Highroller also beginning today at 6pm, the players would’ve wanted to wrap up quickly so that they get an early go at the HR as well!

The eliminations continued and before we knew it, the FT was set with overnight leader Kesharwani still in the chip lead, with 1.2 million chips and the next best being defending IPC Freezeout winner Siddharth Mundada. In fact, Mundada did well enough to reach heads-up with the chip lead and most would’ve expected him to go on and complete back-to-back victories at the 10k Kickoff Event, which would’ve made for an iconic moment in IPC history!

He reached heads-up with 3.2 million chips against Megalmani’s 1.5 million chips. Most would’ve expected Mundada to go on and complete the win considering he had a 2:1 chip lead, but it wasn’t to be. Megalmani himself is a very accomplished poker pro and he went on to add INR 6,73,600 to his poker bankroll with this victory, beating 315 entries in all. Heads-up took only a couple of hands, Megalmani limped in the final hand with AK and Mundada snap called with AT, only for the board to run out 6 5 8 2 K and Megalmani winning with a pair of Kings he hit on the river!

On the other hand, Mundada walked away with INR 4,73,600 for finishing as runner-up. Chinese player Patrick Liang finished in 3rd place and his home boys from the Monster Poker Club were railing him on the live stream the whole way! Here, he took home INR 3.04 Lakh for this run. Just before the FT began, we had Deepanshi Tomar busting in 12th place, winning the award for the Last Lady Standing. See what she had to say:

For more updates from the ongoing India Poker Championship in Goa, stay tuned to GutshotMagazine.com.