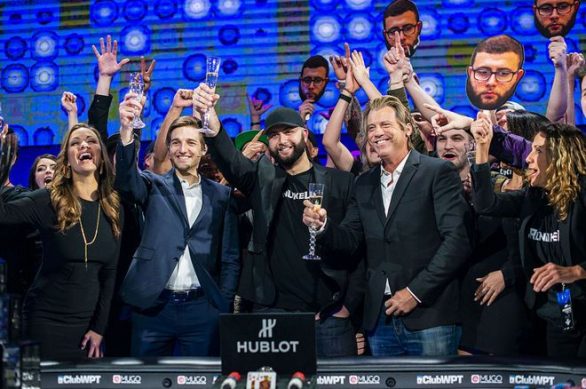 
The iconic Borgata Casino in Atlantic City, New Jersey was host to the WPT Borgata Winter Poker Open between 15th January and 1st February 2019. All the events in the series had concluded till 1st Feb except one, the WPT Championship event, which was the main event of the series. Play was paused when the Final Table of 6 was reached and on 14th March at HyperX Esports Arena, the table battled it out for the first-place cash prize.

India’s top-notch poker professional Aditya Agarwal was also in the mix until Day 2, when he got busted before the bubble burst. The FT of 6 was led by American pro Dave Farah who was overwhelmingly leading with 18 million+ chips. However, it was the last in chip counts on the FT, Vinicius ‘Viny’ Lima who grabbed the title and the first-place cash prize of $728,430 (~INR 5.02 Crores).

Lima later talked to the reporters on-site saying, “Step one was planning on never going broke today. I was very fortunate to have good energy with me and ran good at good times, and when I was all in, I held up. I just battled and was very fortunate to have won this thing. It’s surreal and unbelievable. My friends and family came out and everybody was great. It made the whole experience a thousand times better.”

FT action began early and the first elimination came after just 11 hands. Ian O’Hara 3-bet all-in holding ace-nine suited and Brandon Hall called with Queens which held up against O’Hara. From there on, 115 hands were played but not a single bust. All eliminations thereafter were at the hands of Lima. In the final hand, Farah jammed with Nine-five suited and Lima called holding King-jack. Lima matched two pairs on the board and eliminated Farah at 2nd for $485,611.

Lima won his career best live cash in this tournament which took his live score to almost $1 million. He has been playing and winning live tournaments since 2016, relatively new to the scene, but already has a few titles to his name. This enormous amount earned will see him subscribe to many high-stakes tournaments in the future and we may get to see his name more and more in coming months.

Keep reading GutshotMagazine.com for more such tournament updates and roundups from across the planet and for general poker news.