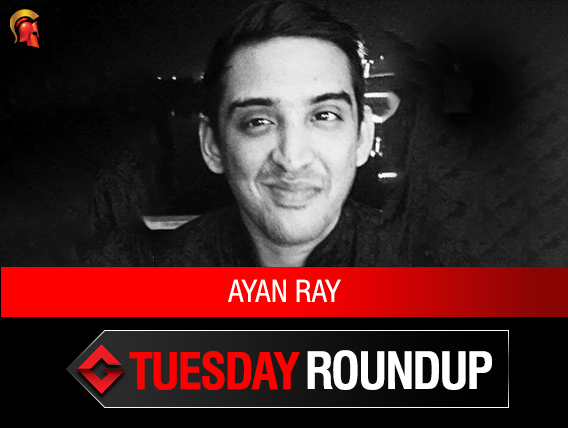 While the country was thrilled to watch Akshay Nasa lift the golden trophy after triumphing the APT Vietnam Main Event. Nonetheless, the online tournaments never backed down from rewarding their winners across numerous platforms. As stated earlier, the Spartan Super Series (SSS) on Spartan Poker is currently underway with a new edition offering the mid/high stakes player to win big. And is a quick peek into Tuesday night…

Yesterday night was all about Mega Stack INR 20 Lakhs GTD on Spartan Poker, a featured tournament scheduled for each Tuesday. Owing to its growing popularity, a vast field was observed and each player paid INR 3,300 buy-in. Any active player would know the online crusher across various platforms, Ayan Ray aka ‘interlalia_1’ who took the first-place prize money home after beating Kartik Ved aka ‘TheInternetKid’ in heads-up. With several achievements attached to his name so far, Ray also triumphed Goa Fest on Adda52 last Monday.

8 hours into the night saw the guarantee being crushed and a prize pool of INR 24 Lakhs drawn to be shared among the top places including Arjanveer Singh aka ‘bazzingaa’ (3rd), yesterday’s SSS Event #3 winner Chirag Sodha aka ‘chilling’ (5th), Sidhant Kapur aka ‘BhaiRaise’ (8th), Ashish Munot aka ‘Donkey 07’ (9th), Sahil Mahboobani aka ‘HomelessOnWiFi’ (15th), Abhinav Iyer aka ‘Schumi91’ (20th), Anirban Das aka ‘pokernoob’ (23rd), Venkatesh Mukundan aka ‘Borissss’ (49th), Ram Kakkar aka ‘TheLagLawyer’ (68th) and so on.

At 8 pm sharp, Pokerbaazi hosted the Tuesday regular, The Endeavour INR 15 Lakhs GTD. Observing a good number, each player registered for a buy-in of INR 3,850. Powering through the field and claiming INR 3,35,264 prize money was Siddharth Chaturvedi aka ‘siddchat’ who defeated ‘Kingsingh69’ in heads-up battle at 3:13 am. The runner-up settled for INR 2,35,013.

The previous night Adda52 hosted Hitman INR 7.5 Lakhs GTD, a bounty tournament which means additional cash prizes! The buy-in to this Tuesday fever was INR 4,500 and the guarantee was seen to have slightly surpassed. It was Karan Radia aka ‘Reg_Slayer’ shipping the tournament for INR 2,11,694 with 15 bounties that came on his way. Radia defeated ‘resurrection’ in heads-up, and the runner up managed to grab INR 1,23,392.

Other notable players in the money include Bharat Vasan aka ‘rungooserun’ (3rd), Anirban Das aka ‘AjGar5’ (6th), Gaurav Sood aka ‘gauravarod’ (7th), Naren Purohit aka ‘IMUNAGI’ (13th) and so on.

The chip graph clearly proves the winner of the night in PokerStars Sixth Sense INR 8 Lakhs GTD. It was 7:30 pm when the players registered them for a buy-in of INR 3,000, aiming for the massive prize money. Outlasting the field was ‘GTO_LIFE_GG’ firing 3 bullets and taking home the valuable title along with INR 1,45,959 after defeating ‘IPPA@PS’ in heads-up who managed INR 1,05,176.

The 5-hour long tournament had a buy-in of INR 1,650 to 9stacks‘ StackUp INR 2.5 Lakhs GTD. The winner tonight was ‘Crazyslapper’ who added a valuable amount of INR 67,500 to his poker bankroll. The champion defeated ‘Skilled’ in heads-up, and eventually, the runner-up managed to take home INR 47,500.

Other notable players to cash include Bharat Vasan aka ‘rungooserun’ (3rd), Hitesh Jain aka ‘Easymoney’ (6th), Sanat Mehrotra aka ‘mehro2511’ (11th) and others. For the latest updates on live and online poker tournaments keep reading GutshotMagazine.com and stay tuned!