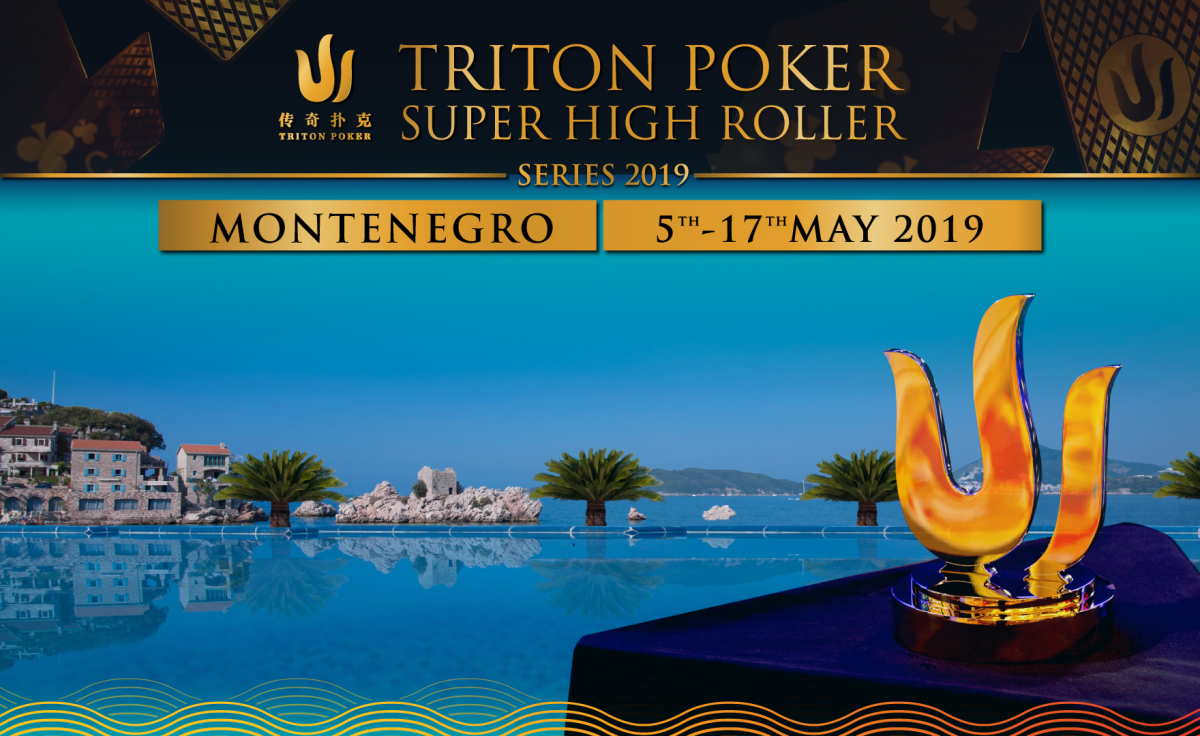 Triton SHR series coming to Montenegro in May


Following the Triton Poker Super High Roller (SHR) series that concluded in Jeju this month, the managers of one of the most high-stakes series in the world have announced the second stop of this year, this time in Budva in the Balkan country of Montenegro.

The series will return to Montenegro’s Maestral Casino & Resort with a record 10-event roster. The series is to be held between the dates 5-17 May 2019 and hopes to repeat its previous year’s success, where partypoker ambassador Mikita Badziakouski shipped his first Triton Main Event title and completed a double later in the year at Jeju. Another pro who had a great run in Triton is USA’s Jason Koon.

Koon earned his career best live cash in Montenegro last year when he won the Short Deck event for $3.5+ million. In the same event, Koon pocketed a pot of €2.1 million at a cash table that was held simultaneously. He was made Triton’s first brand ambassador in January this year. In 2019’s first Triton stop in Jeju, Koon topped himself and won two titles and three overall Triton titles.

Koon was asked how he felt about Montenegro and he replied, “… Montenegro maybe my favourite poker stop in the world. It was also wonderful having the poker room being so close; everything is so convenient, and on top of that you get the old world beauty that’s hard to find anywhere else. I really look forward to going back there and playing again.“

Coming to the schedule, the 10 events that are lined up in the upcoming Triton Montenegro range from €11,000 to €110,000 buy-ins, with the Main Event for both Short Deck and NLHE formats included. The €110k NLHE Main Event will take place on 8th May and will be in the books by 10th May. The €110k Short Deck Main Event will start on 15th May. Here is the trailer of the upcoming Triton Montenegro series:

Triton, created by two businessmen Richard Yong and Paul Phua. is also responsible for introducing Short Deck for the first time in the history of live poker. Phil Ivey defeated 61-entrant HKD 2050k Short Deck and bagged the ~$604k first-place prize money for shipping it in May 2018. Here is the complete schedule of the upcoming Montenegro series: 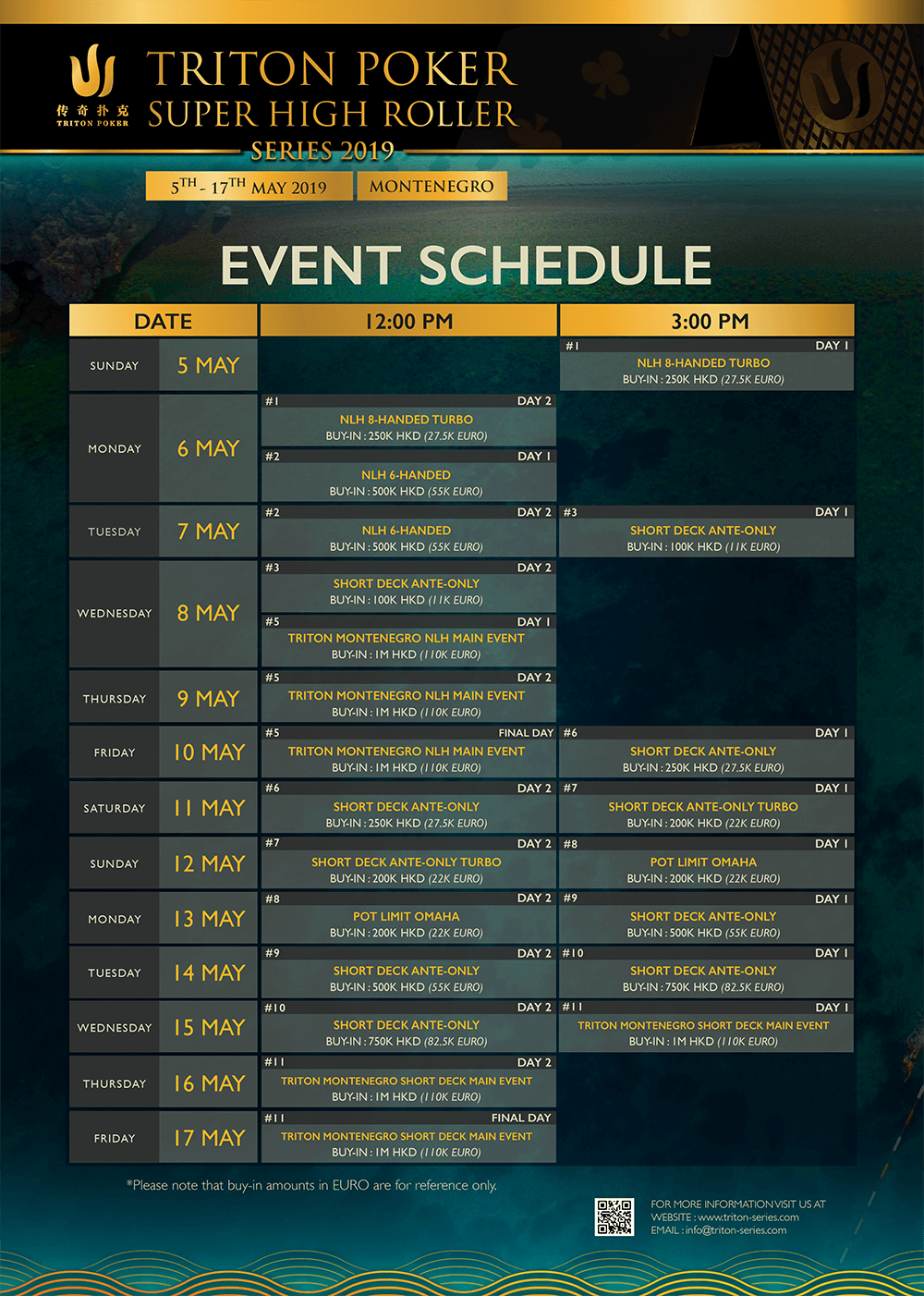 Most recently, the Triton series held in Jeju saw Canada’s Timothy Adams earning the coveted Main Event title for ~$3.54 million. Keep reading GutshotMagazine.com for more such schedule updates and other general poker news from around the world.