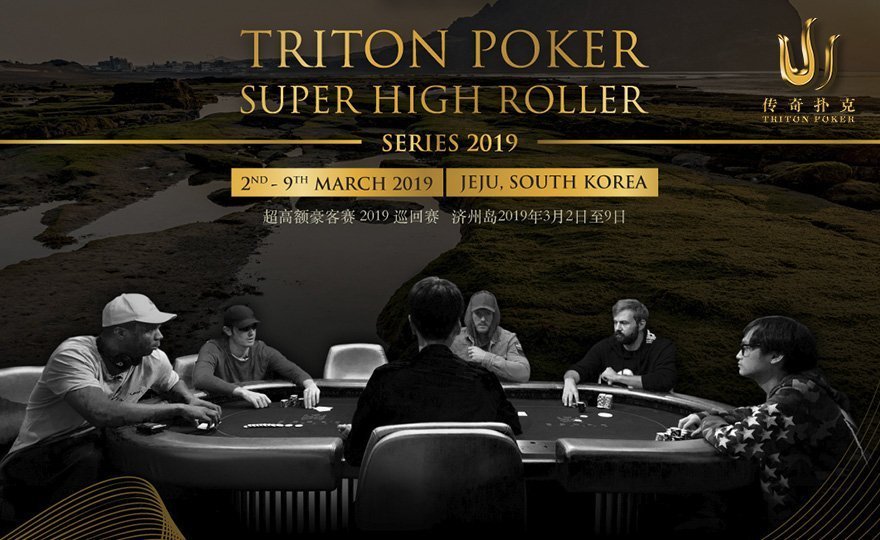 
After announcing the biggest buy-in tournament in poker history till date to be hosted in 2019, the ultra high-stakes Triton Super High Roller Series has finally released the schedule for the series’ first stop of 2019 – Jeju, South Korea.

TheTriton Jeju series will run between 2nd and 9th March 2019 in Landing Casino, Jeju Shinhwa World, South Korea. The series is studded with 6 high-stakes tournaments throughout its run. The world’s first Short Deck event, won by Phil Ivey back in May 2018 will also make a comeback in Jeju on the first day itself. The buy-in for it is set at HKD 250k (~INR 22.68 Lakhs).

The second event is a Short Deck Bounty, which will be played in the Bounty format. The buy-in for this is HKD 250k with extra HKD 250k as the starting bounty. Next in the line-up is the HKD 500k NLH 6-Handed, which was won by David Peters last year in Jeju for HKD 8,775,000.

Following the 6-Handed, there will be another Short Deck event but with a greater buy-in of HKD 1 million on 5th March. Coming to the gem of the series, the Triton SHR series Main Event has a staggering buy-in of HKD 2 million (~INR 1.81 Crores), beginning on 7th March. Mikita Badziakouski won back to back Triton Main Event titles last year, shipping the first in Montenegro and the next in Jeju. Players who play in the Main Event and any one side-event will get free accommodation till the series’ end.

The last event to wrap up the series will be the NLH Triton Refresh, something that will be hosted for the first time in Triton’s history. The event has a buy-in of HKD 1 million (~INR 90.74 Lakhs) and will see some of the celebrity pros and high-stakes grinders sign-up for the Refresh.

Some of the players who’ve confirmed their presence in the 2019 SHR Jeju Series include 10-time WSOP bracelet winner Phil Ivey, recently made Triton SHR Ambassador Jason Koon, defending Main Event champion Mikita Badziakouski and Tom Dwan. They all will be competing against each other for some of the biggest cash prizes of 2019.

Triton will also offer live streaming on its Twitch, Youtube and Facebook channels in English and in Mandarin on www.panda.tv. Keep reading GutshotMagazine.com for complete coverage of Triton SHR Series as well as for general poker news from around the world.