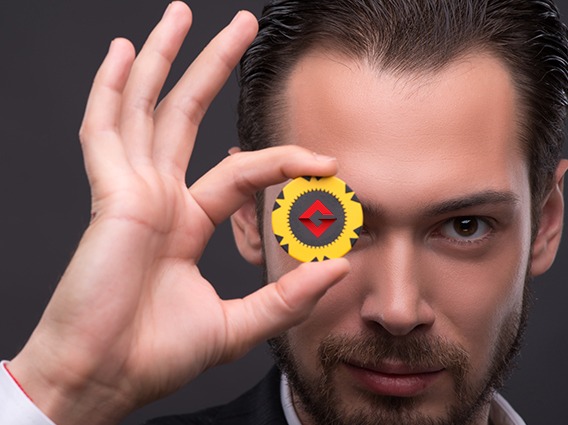 
If you’ve landed at this article, there’s a good chance that poker happens to be your favourite game, or at least one of your favourites. Chances are that you’ve played thousands of hands either online or live, or possibly both. You’ve probably seen some of the most amazing hands and some really big pots.

However, today we’re not going to discuss hands or strategies to play this beautiful game. We’re here to list down some of the weirdest facts about poker, some things that you probably haven’t heard of before, or things that will blow your mind. Keep reading for our list of the top 5 weirdest poker facts…

The poker we’re all so used to playing is played with a deck of 52 cards, with 13 cards of each suit. However, this hasn’t always been the case as reports suggest that the first form of poker was played with a deck of just 20 cards, having originated early in the 19th Century in New Orleans. 20 cards and 4 players – that’s how poker worked back then. The game then was a little less complex, with the 4 players being dealt five cards each, and the betting beginning on who had the best hand. Historians suggest that the 52-deck poker was first played in the year 1834 and since then, that’s how it has been played. However, we might be looking at going into a smaller deck again, with Short Deck Poker (36 cards) becoming increasingly popular in recent times.

Ever had a long and tiring grind online or live? Ever felt exhausted after an intense game of poker? If yes, then you’ve obviously thought about how long the longest game of poker went on for. Well, the answer is not seven or eight hours, or one or two days. The answer is EIGHT AND A HALF YEARS. This happens to be the longest ever game of poker to have been played in history, hosted at the Bird Cage Theatre in Arizona, USA. As per reports, the game began in 1881 and went on for 8 years, 5 months and 3 days. Yes, even we were shocked to have heard that. The players at the game were all well-known personalities while the buy-in was $1,000, which is quite high for the 19th Century.

3) “Snoring at the poker table”

28-year old Swedish poker pro Sofia Lovgren is a well-known name in the industry, with over $350k in live poker earnings and experience of playing all over the world. Lovgren once recited a story of a player who slept right through a session of poker at her table, saying, “One late night, when I was playing cash games in the Bellagio, there was a poker player who couldn’t stop himself from falling asleep at my table. Every time it was his turn to act, they had to wake him up. Then he suddenly fell asleep when he was in the middle of a pot. He woke up with a quick motion and proclaimed without looking at the hand or board “UHMM CHECK”, and at that point the dealer said, “You either stay awake, or you leave the table.” We decided to buy him a coffee!” Well, you know what they say right? You snooze, you lose. We highly doubt this player was profitable at the end of the night.

Yes, the heading says it all. Bankroll Management is supposed to be one of the most important aspects of playing poker, but clearly, Russian player Andrei Karpov wasn’t too good at it as he put up his wife as stake one night after running out of cash at the table. His desperation to stay in the game showed, but he lost her too. His opponent Sergey Brodov claimed the prize, and Karpov’s wife ended up giving him a divorce. What’s worse is that she ended up marrying the winner eventually. She said, “It was humiliating and I was utterly ashamed. But as soon as my ex-husband did that, I knew I had to leave him. Sergey was a very handsome, charming man and I am very happy with him, even if he did ‘win’ me in a poker game.”

5) When the inventor of Microsoft Word became a poker pro…

American computer programmer, best-selling author, motivational speaker and widely known for being the creator of Microsoft Word, Richard Brodie couldn’t keep himself away from poker either. He was hired by Microsoft in 1981 as their 77th employee and he quit them in 1994 after having made a huge impact there. Then, it was all poker for the programmer. He said, “Poker is a really fun game, one that’s easy to learn and very hard to master. I used to play for dimes and quarters with some of the Microsoft guys, including Bill Gates. He was very good at reading people. I’ve always loved gambling, and some of my friends were on TV playing poker, so I took a crack at it. Ultimately playing in tournaments was too much like work, so I played online awhile until the government shut that down (Black Friday).”

That’s all we have for today’s list of the weirdest poker facts. Liked the article? Leave your comments if you did and keep following GutshotMagazine.com for similar pieces on the weirdest, strangest, funniest, richest poker stories from around the world.