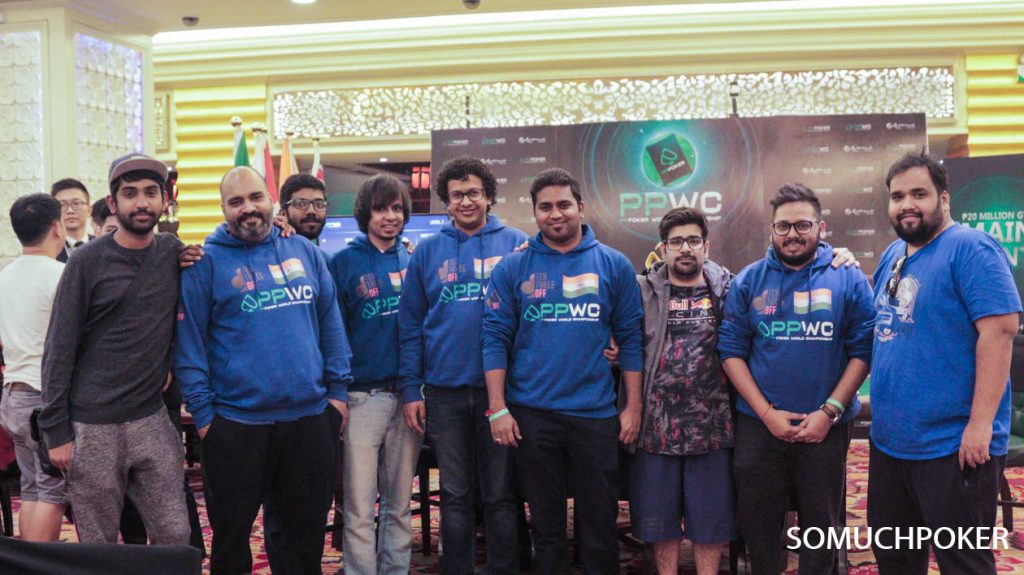 
Poker players from all over the world were keenly waiting for the start of the 2019 PPPoker World Championship, which was scheduled between 15-21 February 2019 in Manila. The series has a number of tournaments lined up and one of those included the Teams Event, where 10 countries were set to participate.

Yesterday was the first day of the series which began with the Teams Event itself. Each team entered the tournament with the buy-in of PHP 550,000 (~$10,400) and all will be contesting to be a part of the PHP 10 million prize pool. From the original ten teams, only eight progressed to Day 2 which will be played today.

The players would’ve all been very happy yesterday, considering that there was a huge overlay, with a smaller field to have to go through. Team Malaysia was on fire yesterday, ending at the top of the table, with a huge lead at 178 points at the end of the day. Team India unfortunately couldn’t make it to Day 2, being one of the two teams to be eliminated yesterday, along with Team Chinese Taipei. 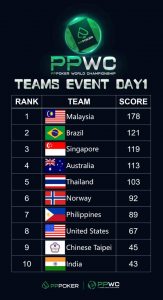 Even though Malaysia has a lead in the tournament, the slates will be wiped clean when the teams return on Day 2 today. As for our Indian contingent, they will stick around to be a part of the other tournaments taking place, so we hope they score big in those events, including the PHP 20 Million GTD Main Event. Keep reading GutshotMagazine.com for all updates on the same.