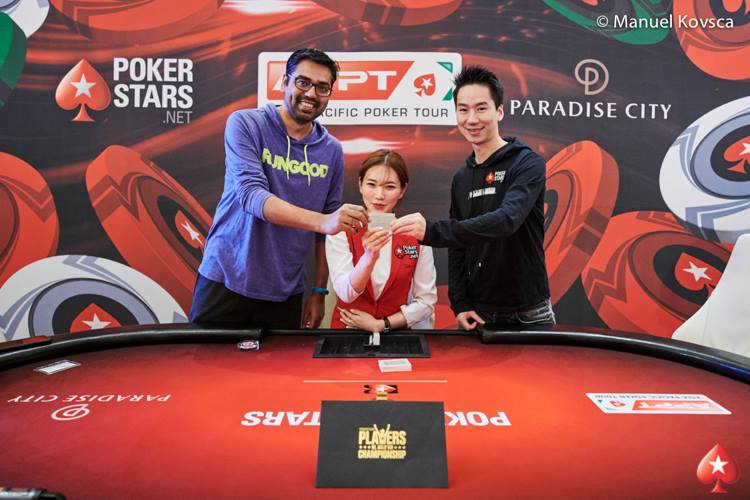 IN SHORT: Sumit Sapra wins a three-round flip-out for a PSPC Platinum Pass at the APPT Korea Main Event!

Sumit Sapra is a finance professional who took a break from the corporate world to pursue his passion and become a poker pro in 2015. Over the last couple of years, he has become a popular name in the Indian poker circuit, cashing out at places like Macau, Manila, England, Las Vegas, and Cambodia. He has also won several titles online!

He came into the limelight when he shipped the PokerGuru Season 2 High Roller Event for INR 7.5 lakh. He then shipped a PLO event in Cambodia and his highest ever live cash of INR 11.54 lakh came in the recent, inaugural WPT India, for finishing fourth.

What is a PSPC Platinum Pass?

We would like to congratulate Sumit Sapra and wish him the best of luck for the Championship in The Bahamas next year. Keep reading GutshotMagazine.com for similar stories from the world of poker!