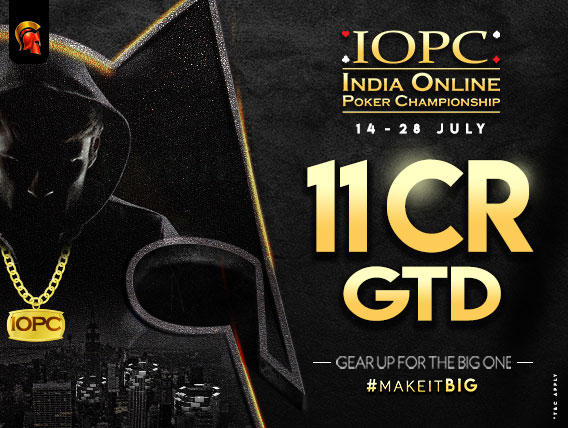 
It just keeps getting better and better!

Every time there’s a new edition, the guarantees and prizes keep rising, the participation keeps rising and the love for this series keeps rising. Industry giant Spartan Poker, to the delight of all their fans, recently took to their website to announce another edition of the extremely popular India Online Poker Championship (IOPC).

For those of you who don’t know, IOPC is nothing but India’s biggest online poker series, and Spartan is back with another personal record, launching the greatest and grandest edition of IOPC yet. Between 14-28 July 2019, the entire country will be treated to some of the best online poker action on Spartan, with INR 11+ Crore set to be given away in prizes during these two weeks. Satellites to the series have already begun too.

Never before has any series seen such massive prizes in Indian poker history and the excitement has begun with less than a month to go before this tournament series kicks off. IOPC is usually hosted twice a year and this follows the January 2019 IOPC where Ashish Munot aka ‘Donkey 07’ emerged as the IOPC Main Event winner, winning INR 37 Lakh and becoming the biggest winner in Indian online poker history.

That series had an INR 8.5+ Crore guarantee and Spartan Poker has upped the game slightly by announcing this enormous prize pool for the series. Remember, this includes an IOPC Leaderboard which has INR 30 Lakh on offer to the most consistent players through the series, including a new luxury MG Hector car! 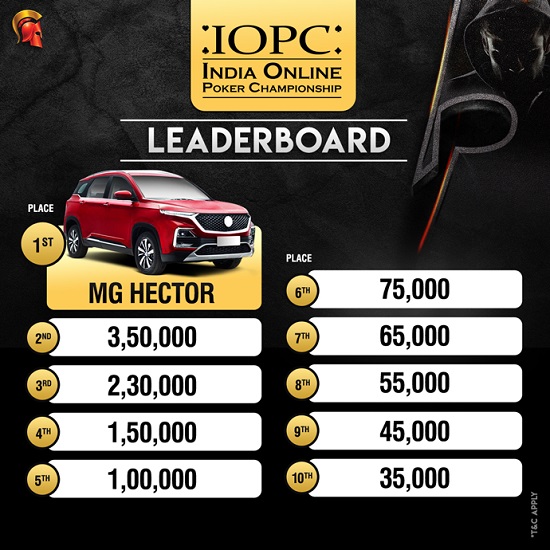 So ‘Gear Up For The Big One’ this monsoon as it’s going to be raining prizes once IOPC kicks off. Further, The Millionaire is back again, and it will play the role of the Main Event for this edition of IOPC, with a buy-in of INR 11,000 and a new and terrific INR 2 Crore GTD prize pool. This will be a multi-flight tournament and you can register anytime between Day 1A-1G before Day 2 kicks off on 28th July.

Another massive tournament that will be played during the series is the INR 75 Lakh GTD Super HighRoller where players will have to pay an INR 1,10,000 entry fee to be a part of the tournament, beating last time’s record entry fee of INR 1,00,000. So, there’s plenty to look forward to for everyone as the countdown begins towards the next India Online Poker Championship! 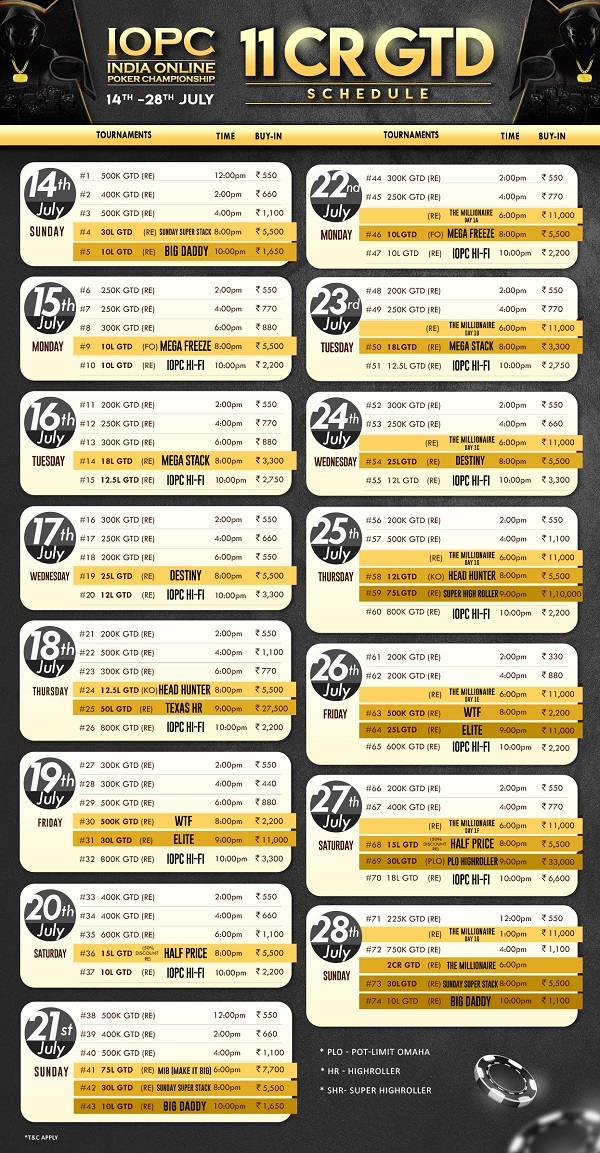 Don’t forget to stay tuned to GutshotMagazine.com for similar updates on the biggest and best online poker promotions in India.