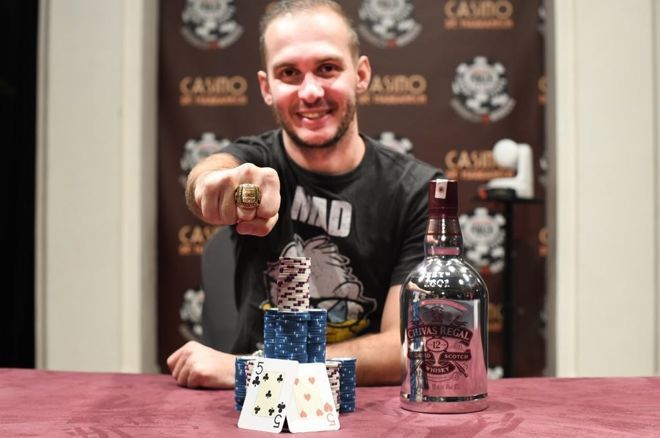 
One of the most recognized brands in the poker world, World Series of Poker (WSOP), conducts its Circuit events all over the globe. WSOP just concluded the 2019 WSOP International Circuit Marrakech on 20th January in the Casino de Marrakech of Es Saadi Resort. The Main Event of the series had attracted a total of 544 entries and recorded the highest turnout for Marrakech. The champion of the event was Sonny Franco who took home the awesome 1st place prize of Moroccan Dirham (MAD) 1.5 million (~INR 1.11 Crores).

The final day of the Main Event was played for a total of 17 hours and Franco’s heads-up opponent Jimmy Kebe, who is also a premier league footballer, finished at 2nd place and had to settle for MAD 950k (~INR 70.6 Lakhs) as runner-up cash prize.

With this win, the France-based champion has crossed the $1.6 million mark in total live earnings. Franco also won his fourth WSOP International Circuit ring and his second Main Event ring after he shipped the WSOP Circuit ME in Cannes in March 2018. His first recorded live cash came from Dublin back in 2011. Since then, he has cashed in many countries like Morocco, Latvia, Czech Republic, Spain, etc. His career best cash came from finishing runner-up in 2018 EPT National HR for €206,540.

The final day of the 2019 WSOP Intl. Circuit Marrakech ME started with a lot of eliminations and the tournament field whittled down to 17 players after about an hour. The Final Table players emerged soon after. The FT took two hours for the first elimination. France’s El Khayati was the first to go at 9th for MAD 156k.

After long intervals between eliminations, the heads-up battle was reached after 16 and a half hours of poker action for the day. The last hand saw Kebe with pocket Nines against pocket Fives. Franco managed to hit a Five on the turn and bagged the WSOP gold ring with the cash prize.

Keep reading GutshotMagazine.com for more tournament coverage from around the world and for general poker news.