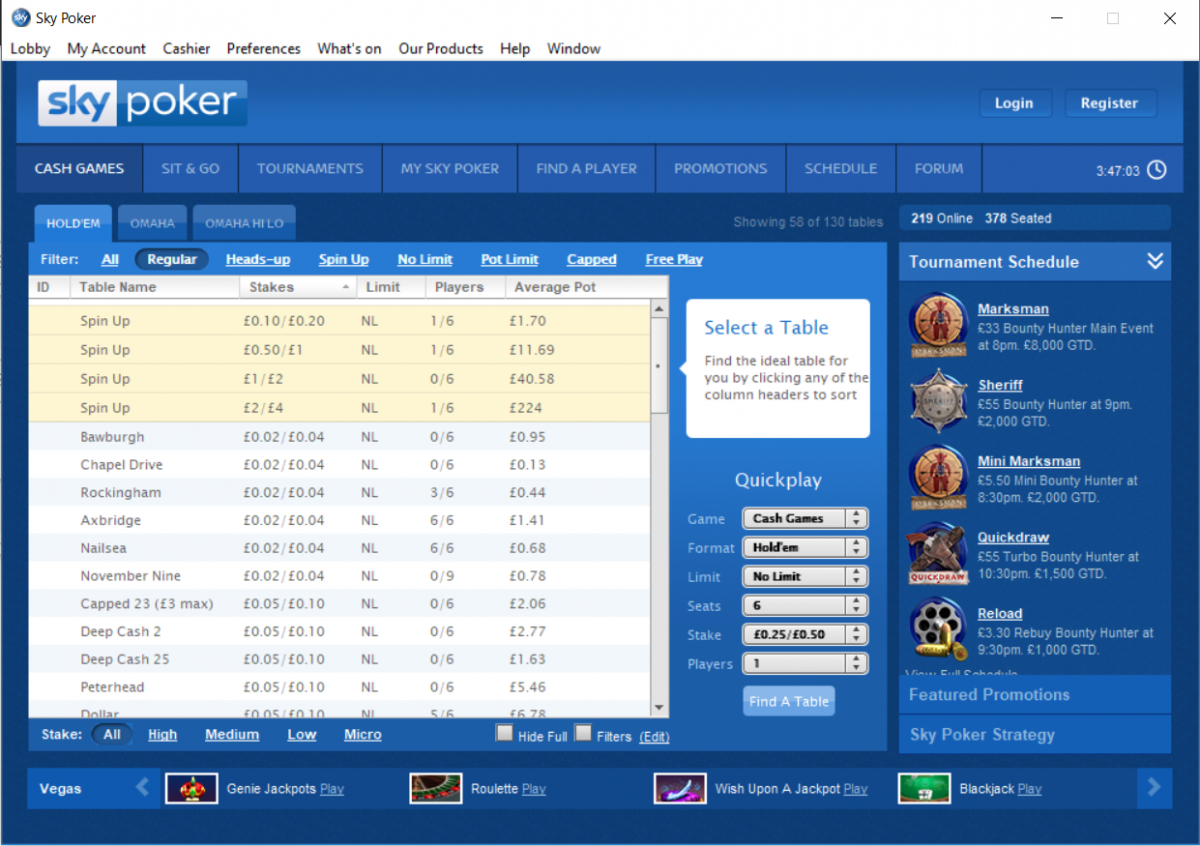 With The Stars Group (TSG) having recently acquired Sky Betting & Gaming (SBG), the former plans to migrate the poker website Sky Poker onto its PokerStars online poker platform. This decision would mean the end of Sky Poker and its online poker room, which was live for over a decade.

Rafi Ashkenazi, The Stars Group CEO, said “Of course, the aim is to obviously migrate the Sky Poker business into the PokerStars[business], so something along the lines of ‘Sky Poker powered by PokerStars’ is something that we are definitely looking at for the UK business,” in a video conference call with The Star’s investors.

The move was expected by some industry players, stating that after the acquisition, it was only logical to fold Sky Poker into the superior PokerStars platform, “potentially as a separate skin sharing the same player pool,” reported Poker Industry PRO, a leading poker industry watchdog.

The PokerStars platform undoubtedly has better platform, which has almost 100 times the player base, and is operated in dozens of jurisdictions around the world, boasting a world-class player experience.

“When it comes to poker, I mean PokerStars is by far the best poker platform in the world and the best poker offering in the world, again, by far, so we would expect to see a higher degree of cross-sell from sports into poker and obviously we are going to see meaningful growth in ARPU [Average Revenue per User], that’s definitely something that we have on the roadmap,” said Ashkenazi.

PokerStars is consistently upping their game, rolling out new product updates like the recent PokerStars VR product and four new games all launched in this year. Sky Poker is pretty small in comparison, with cash game traffic estimated at around 200 concurrent players, and its Adobe Air poker platform giving an ancient feel.

With all this being said, the Sky Poker platform has managed to carve out a niche in the UK poker market, generating $2.9 million in online poker revenue in the 3rd quarter of 2018, which may be only a 1.3% contribution to TSG’s poker revenue, but is in the same league as some of the top groups when calculating its annual revenue of $11.4 million.

The players will regret yet another closure of a classic online poker product, but the silver lining is that there may be a while yet for players to enjoy the Sky Poker platform, with Ashkenazi stating that it is “not something that we are going to deal with in the short term, but it’s definitely something that we are going to deal in the medium term.”

Ashkenazi’s statement puts the date on the migration at the end of 2019, at the earliest.