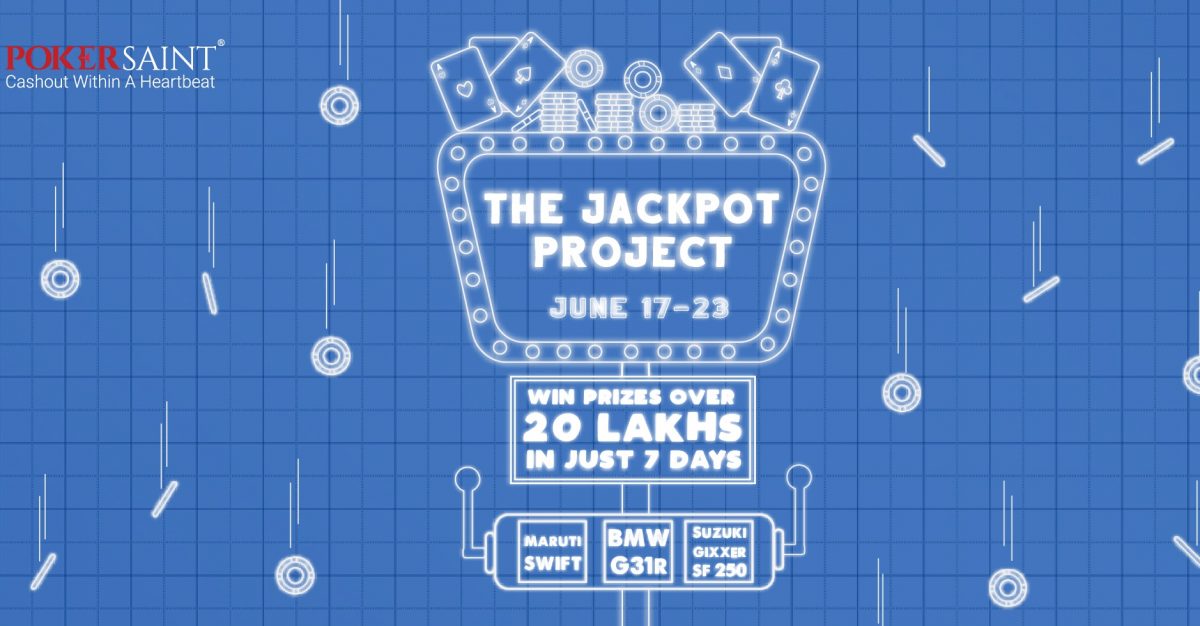 Ready to hit the JACKPOT on PokerSaint?

It’s not something unusual to hear that PokerSaint is back with another cash game promotion. It’s pretty much expected from them now, being one of India’s best online poker platforms for cash game promotions. After giving away tons of electronics and vehicles in the last 6-8 months, they recently launched a string of cashback promotions for their players.

The last one to wrap up was VIP Club Series which ran successfully and was even back with a second season last week. Now however, PokerSaint has launched a new promotion called ‘The Jackpot Project’ which will run between 17-23 June and the prizes are flowing like never before.

While VIP Club 2.0 had INR 15 Lakh on offer in a week, Jackpot Project allows you to win prizes worth INR 20 Lakh in the span of just 7 days and you may want to hurry up in this concern, as the promotion already began last night. We often think how great life would be if we win a jackpot but here, that’s in your own hands, thanks to PokerSaint!

From winning prizes as small as INR 5,000 and INR 9,999, you can climb The Jackpot Project Leaderboard and win massive prizes such as a Maruti Suzuki Swift or even a stunning BMW G310 R and much more. Why wouldn’t you want to be a part of this cash game extravaganza?

Total prizes that can be won:

While the smaller prizes can be claimed unlimited times, the higher prizes have just one piece each in stock, so you might want to start earning yourself some VIP Points as soon as possible. Until then, stay tuned to GutshotMagazine.com for more updates on similar exciting poker promotions in India and around the world.