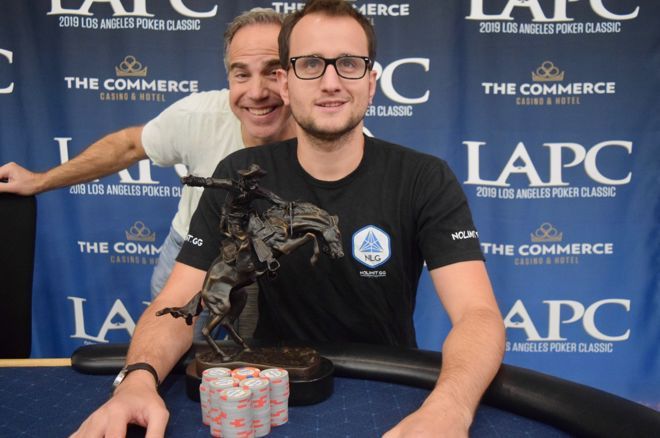 
One of the biggest poker series happening in the US West Coast is the LAPC or the Los Angeles Poker Classic. The series began on 16th January and will be in the books today, i.e. 6th March 2019. The series was the 26th time it was hosted and had 69 different events studded along the schedule.

The LAPC Main Event in the series had a buy-in of $10k and is now down to the final 35 players. As soon as the winner of this event is announced, the series will be in the books. Along with the ME, other high-stakes also saw a feature.

One such event was the $25k High Roller. The event attracted a total of 27 entries only, a relatively smaller field due to the enormity of the buy-in. The player to ship this event and earn $270,905 (~INR 1.9 Crores) as first-place cash prize was Rainer Kempe. The German high-stakes grinder has added another feather in his cap.

Kempe has been headlining a lot recently, having won the PCA $50k HR first in January this year and following it by another title win at the biggest poker series of the southern hemisphere, 2019 Aussie Millions. Kempe now has over $19 million in total live earnings.

He made his best live cash of $5 million by winning the 2016 SHR Bowl in Las Vegas. He now sits at 3rd position in Germany’s All Time Money List and could even overtake Vogelsang (2nd) with another major event win.

The event saw only 4 players getting paid. Ali Imsirovic, who earned the Poker Masters Purple Jacket last year and won an event in the recently held 2019 USPO. Others to cash out were USA’s Josh Gordon and Jeremy Ausmus.