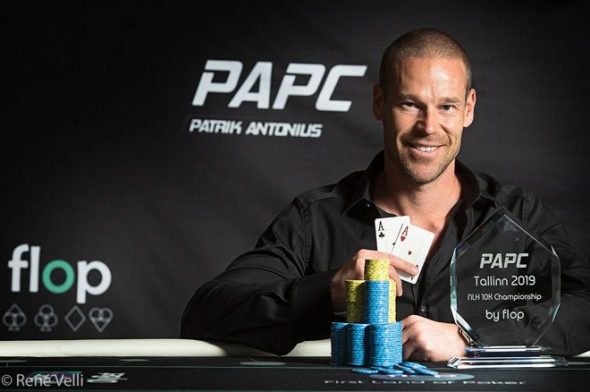 Antonius earned €78,100 (~INR 61.2 Lakhs) for bagging the title. He fired 4 bullets in the €25k PAPC High Roller but couldn’t win it nor finish in the money and Pauli Ayras bagged the title. While Antonius earned his first title in PAPC, India’s Rahul Byrraju (pictured below in another event) finished just in the money at 4th for €20,102 (~INR 15.74 Lakhs).

American pro James Romero was the first player to get busted on the day after late registration closed. Netherlands’ Teun Mulder, runner-up of $25k High Roller, and Canadian pro Timothy Adams were the next to hit the rail and finalized the 7-handed Final Table. 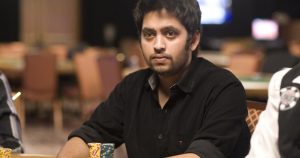 Coming to Byrraju, he is a renowned entity in the community with now over $430k live cashes. He has earned cashes dating back to 2011 and can easily be called a veteran of the community. He has played more international tournaments than Indian ones, in places like Macau and Las Vegas. He won his biggest live score at 2015 Aussie Millions for ~$81k.

?Another reason Antonius started his own series is to launch and promote an app called ‘First Land of Poker’ (FLOP). The app was launched by him at the venue, the Hilton Tallinn Park. Keep reading GutshotMagazine.com for more such tournament updates, results and for general poker news from around the world.

Check out our online poker rooms section, where you can read reviews on the biggest and best poer rooms in the country, while also taking advantage of their bonuses and promotions. Check out these top poker rooms HERE.