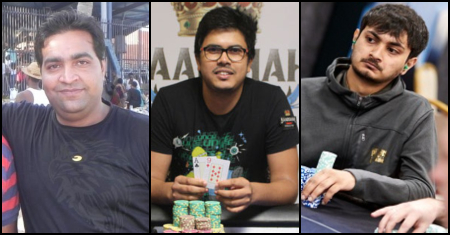 
The first starting flight out of the scheduled 3 flights of the RUB 191,800 EPT Sochi Main Event was played on 24th March yesterday. The series began with a boom and had EPT National as the opener, which saw Kartik Ved finishing 4th on the FT. Day 1A of the ME yesterday saw Ved signing up too.

The day began with 251 runners and was reduced to just 95 at the end. The field included Ved, India’s first WSOP bracelet winner Aditya Sushant, Anant Purohit, Sriharsha Doddapaneni and Jayjit Ray in the mix. While Sushant and Doddapaneni were railed early on the day, Purohit worked his way to bag 79k chips and Ray with 76.5k chips. 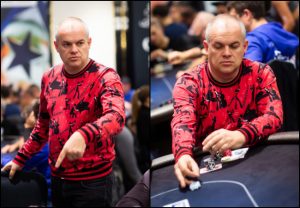 Ved also progressed to Day 2 from the flight but barely, bagging 19.7k chips at the end. He’ll probably run today in Day 1B too and will hope to a accumulate a larger stack to play with. The chip leader for the day came to be Russia’s Aleksandr Denisov (pictured above) who bagged 498.6k chips.

Trailing behind Denisov is Ukraine’s Illia Korobkin with 352.7k chips. Roman Gadzhiev, a fellow Russian, is currently 3rd in chip counts behind Denisov with 240.9k chips. Denisov dominated the day from level 6 itself and eliminated numerous opponents to secure the lead.

Team PokerStars member and PSPC Champion Ramon Colillas also worked his way up to bag 134k chips at the end of Day 1A, a workable stack. Other notables include Yaniv Peretz (49.1k chips) and Tomas Macnamara (18.7k chips).

Among the Indian contingent, Purohit sits as the leader with Ray at 2nd place. Purohit won the EPT Sochi Qualifier on PokerStars India and earned the paid trip to the venue. He ran deep in the recent DPTX Sikkim and is in good shape. He’ll be looking to make headlines in Sochi.

While Sushant busted early in the day, he entered Day 1B today and quickly bagged the chip lead after 2 levels. Keep reading GutshotMagazine.com for upcoming Main Event updates like these.