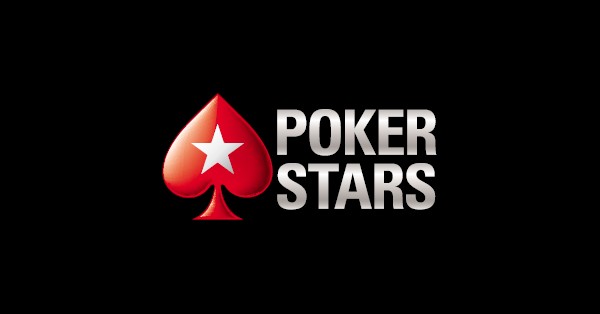 
In early March this year, PokerStars announced in its blog post that they will be restricting the usage of third-party tools on their platform, across its international markets. The blog titled ‘Making Changes to our Third-Party Tools Policy’, they mentioned banning seating scripts, starting hands chart and other reference material.

In the latest development concerning this, PokerStars has announced a complete ban on these automated programs and seating scripts on in all its cash games. Severin Rasset, PokerStars Director of Innovation and Poker Operations, in the previous blog post had said that these measures were being taken to level the playing ground, so that no individual has an edge purely based on these scripts.

Something called as ‘bum hunting’ is when a player preys on the so-called ‘fishes’, meaning players new to the scene, is rampant on cash tables on the platform. While this is a perfectly normal strategy used by many players, using scripts to find out the so-called ‘fishes’ amounts to cheating, PokerStars claims.

This blanket ban came into place on 11th April after the community consistently voiced its opinion against this practice. Initially, the policy changes were in fact seeing the opposite effect, as some developers created software that factored these measures into it, circumventing the rules.

A user on a poker related forum had started a thread to urge fellow PokerStars cash game players to email the company asking to implement a ban on automated seating scripts. In just 24 hours, the company’s Game Integrity representative posted a reply saying: 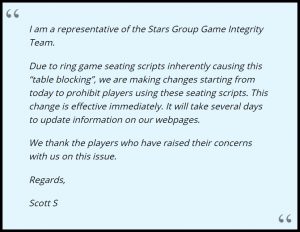 Following this reply, the original thread saw welcoming comments about this, the players being particularly pleased with not seeing reserved seats at their tables. PokerStars has also updated its 41-page dossier on third-party tools. The dossier says that ‘any tool or service for ring game selection efficiency’ will be ‘prohibited at all times’.

Keep reading GutshotMagazine.com for more such worldwide industry updates and for general poker news from around the world.