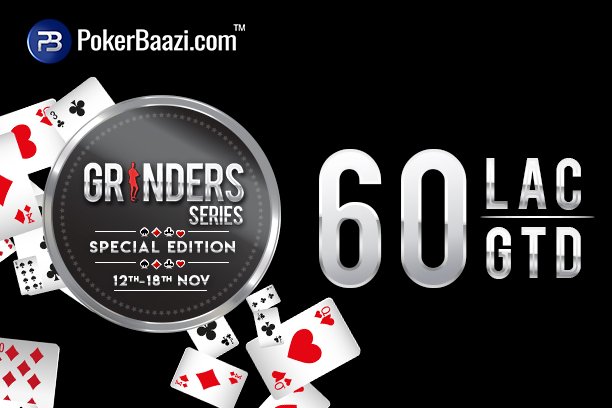 The Indian poker industry is growing leaps and bounds in the last couple of years and with the industry, there are a few market leaders that are also rapidly growing. One of these leaders is PokerBaazi, a company that always has exciting tournaments and promotions in place, and we’re here to report one of their latest offerings.

The Grinders series has been a popular one on PokerBaazi for the main reason that it allows the smaller players to do well. The players who can’t afford the massive buy-ins that go into the Millionaires, or the MoneyMakers and other big signature tournaments. Here, you enter with small investments and take away bigger prizes.

Now, PokerBaazi is all set to launch the November edition of the Grinders series, this time with a massive series prize pool of INR 60+ lakh, scheduled between 12-18 November 2018. Diwali may be over by then, but the company is all set to extend your festive season with the thrilling week-long series.

It’s a chance for many players to hit the limelight, win big prizes and make much-needed additions to their bankrolls come 12th November. With five tournaments scheduled every day, there are many highlight events in the series, including the whopping INR 10 lakh GTD Main Event.

PokerBaazi has been working tirelessly to give their users a smooth game-play experience and that was successful with many players praising the new software and app that was launched in August this year. By the looks of it, we’re in for another series with a lot of guarantee-smashing tournaments.

The series will not just give players the chance to win from a minimum of an INR 5 lakh GTD featured event daily but will also have leaderboard rewards worth INR 3 lakh up for grabs, including INR 1 lakh for the Leaderboard topper. Check out the full Grinders Series Special Edition schedule here: 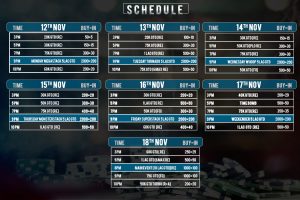