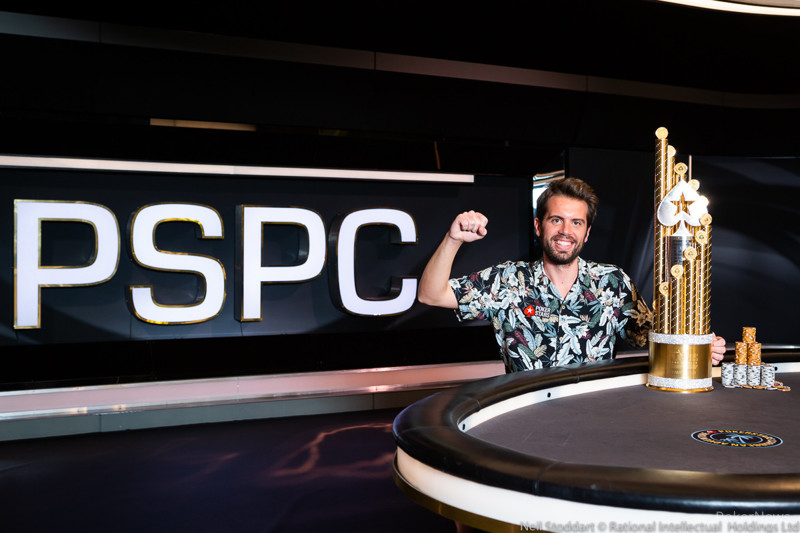 
The biggest $25,000 live event in poker history is in the books. The PokerStars Players Championship (PSPC) was truly a remarkable achievement. The event was hosted for the first time and had a Moneymaker-like aura to it. Throughout 2018, Platinum Passes were being handed out to players all over the world to play at the PSPC in Bahamas.

Eight Indians also bagged those Platinum Passes in various promotions. Gutshot even had an exclusive chat with Kavin Shah, one of the Platinum Pass winners and gained some valuable insight into the thought process of those going to play in PSPC in Bahamas. Unfornuately, the Indian challenge ended in the PSPC ended on Day 2. The series will nonetheless feature as one of the major turning points in this game’s history.

Spain’s Ramon Colillas shipped the PSPC yesterday, taking home $5,100,000 (~INR 35.96 Crores) in tournament winnings and beating a total field of 1,039 entries. He was one of the two Platinum Pass winners on the Final Table of 8, along with Filipino pro Marc Rivera. Rivera too made a hefty earning of $2,168,000 for 3rd place. American pro Scott Baumstein was leading the Final Table going into Day 5 but he utlimately finished 4th for $1,657,000.

Colillas and Rivera have made colossal amounts in prize money, with nearly zero investment, which is what the PSPC was all about. Many dreams have have come true in Bahamas this time. Making such significant gains was important for Rivera, since he was the only Asian player to feature in the Final 8.

Colillas, on the other hand, had only about $10,000 in live cashes before winning the PSPC. He won his Pass grinding at a local Spanish tournament leaderboard. Now, he’s taken the limelight with his win and surprised everyone by his rags-to-riches story. That’s the beauty of poker after all, you can make millions overnight with the right amount of dedication and love for the skill-based game.

Colillas later commented on his win saying, “It’s amazing. I’ve been following poker and poker history from a very young age. I was watching Chris [Moneymaker] on my computer when he made it; So now it’s a dream come true. It means a lot for me.”

The heads-up was battled between Colillas and France’s Julien Martini. Colillas already had amassed towers of chips in front of him throughout the Final Table run leading up to heads-up, so it wasn’t surprising for him to bag the title. In the final hand, Martini shoved all-in on the button with Jc 9c.  Colillas asked for a chip count before he made the call, having Ad 5s. The dealer revealed the cards on the board, which came to Ah 9d 8h 2c 5d and Colillas swept the table clean with his higher Ace-pair. 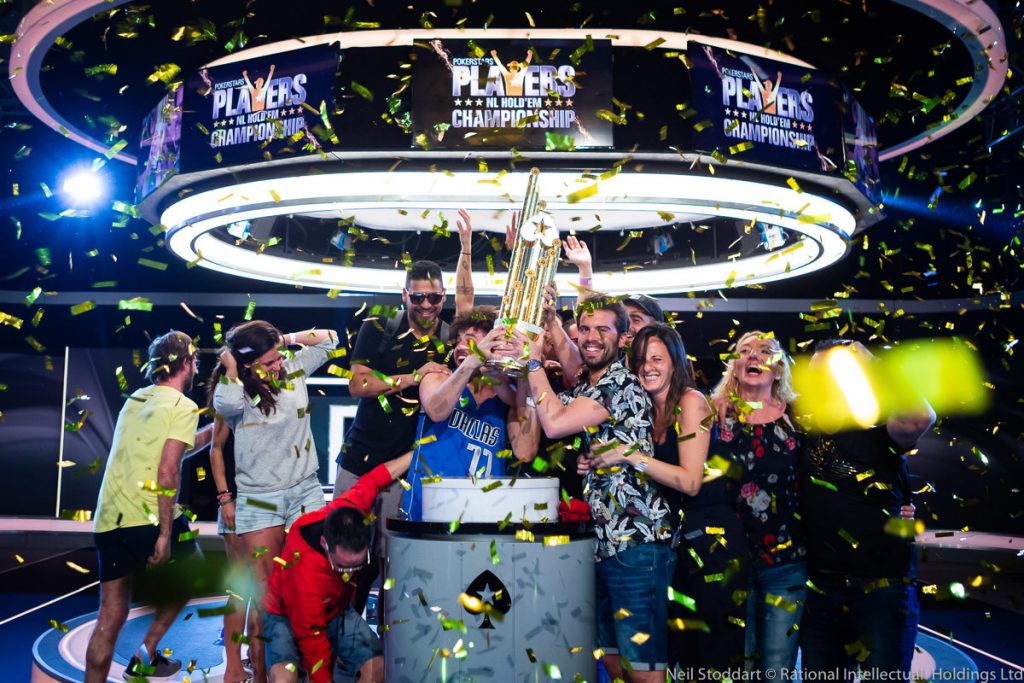 Day 1 chip leader Talal Shakerchi finished 8th in PSPC for $509,000. Farid Jattin busted right after Shakerchi at 7th place for $746,000, who was the Day 2 chip leader. The PSPC event paid a total of 181 players and a total of 43 Platinum Pass winners made cashes.

Keep reading GutshotMagazine.com for other PCA tournament results and updates, as well as for general poker news from around the world.