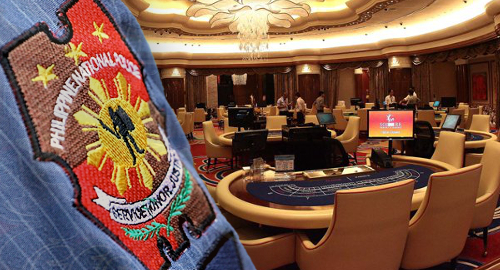 Philippine police sets up a summit on casino-related kidnappings

The Philippine National Police Anti-Kidnapping Group hosted a summit on Friday to address the rise of casino-related kidnapping incidents in Quezon City. The event gathered the Philippine police agencies and officials, and most say the matter is linked to loan-sharking activities.

The meeting was held in Quezon City attended by representatives from various government agencies, including casino regulator the Philippine Amusement and Gaming Corp (Pagcor), Airport Police, Department of Justice, Department of Labor and Employment, Bureau of Immigration, Department of Foreign Affairs and others to discuss the rising issue.

An AKG spokesman revealed that since 2017 there have been 61 cases of casino kidnappings, rising from 17 cases in 2017 and 16 in 2018 to 28 of the alleged incidents till 21 September 2019. The AKG director, Col. Jonnel Estomo earlier said, “There will be an AKG Summit Template [examining] new approaches and procedures, specific issues and problems, probable causes, interventions, expected output and timeline on how to address the problems.”

Since 2017, the local authorities have arrested more than 125 foreigners, and mostly Chinese nationals under the kidnapping offenses. Halfway through the year, a report stated that the Philippine government estimated that 138,000 people including most Chinese nationals engaged in the POGO industry were working illegally in the country. The sector majorly deals with Chinese gamblers, so Chinese workers are needed to support POGO operations because this sector requires proficiency in Mandarin.

POGO has been enticing foreigners to the Philippines, Cereno said, “This invites syndicates with the criminal mind, to involve in a wicked business of loan sharking inside the casino premises. Thus, incidents of kidnapping related to gambling debt arises from 2017 to date.”

The rise in kidnapping cases increased due to the hotel and casino leisure facilities in the country attracting foreigners. The Manila Bulletin newspaper reported the implementation of two special teams of Anti-Kidnapping Group for casino-related kidnappings in Manila.

For more such updates on casinos industries and poker news keep reading GutshotMagazine.com and stay tuned!