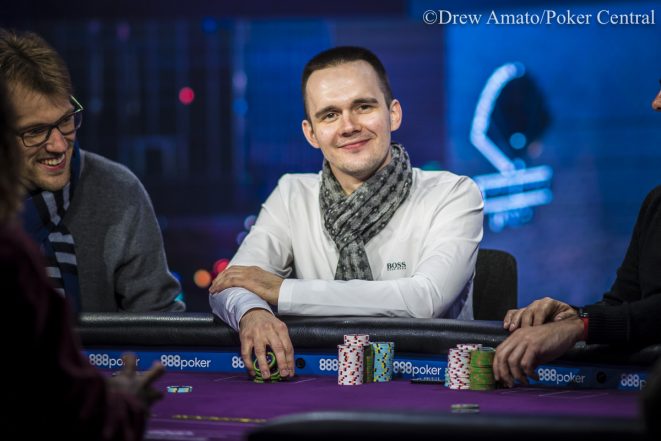 Some thrilling poker has been taking place at the 2018 Super High Roller Bowl and we are now so close to a champion being crowned. While there is a slight chance of last year’s champion defending his title, we are most probably going to see a new champion being crowned at the PokerGO studio in Las Vegas. Christoph Vogelsang won the 2017 SHRB but he currently has the smallest chip stack from the Day 3 survivors.

It was Canadian poker pro Daniel Negreanu who showed why he has made more money in live poker than anyway else in the world, ending as the chip leader after Day 1, with an overwhelming lead over the rest. Then, Justin Bonomo made his presence felt as well, finishing Day 2 with the chip lead.

The final 14 survivors battled it out on Day 3, with Byron Kaverman becoming the first to hit the rails. While the top seven players would finish in the money, the eighth place was awarded a consolation prize of $90,000 due to forfeited deposits and this went out to Seth Davies.

The next one to bust was England’s Stephen Chidwick, who slid considerably on the third day of the 2018 SHRB, finishing 7th for a prize of $600,000 and taking his career winnings past the $16 million mark. With that, the official 6-handed final table was set and players went back home for the night. Who will come back tomorrow to win that mega prize of $5 million?

Remember, Bonomo won the recent inaugural Super High Roller Bowl China for an almost similar prize money, Badziakouski is the highest earning poker player from Belarus, Negreanu is the highest earning in the world, Koon is coming off two consecutive 7-figure wins, Petrangelo himself has over $10 million in live cashes while Vogelsang is the defending champ.

How’s that for a star-studded final table? This will be a huge prize for any of the players who end up victorious on the fourth and final day tomorrow, and you can keep following GutshotMagazine.com for a complete roundup of the tournament tomorrow morning. Stay tuned…