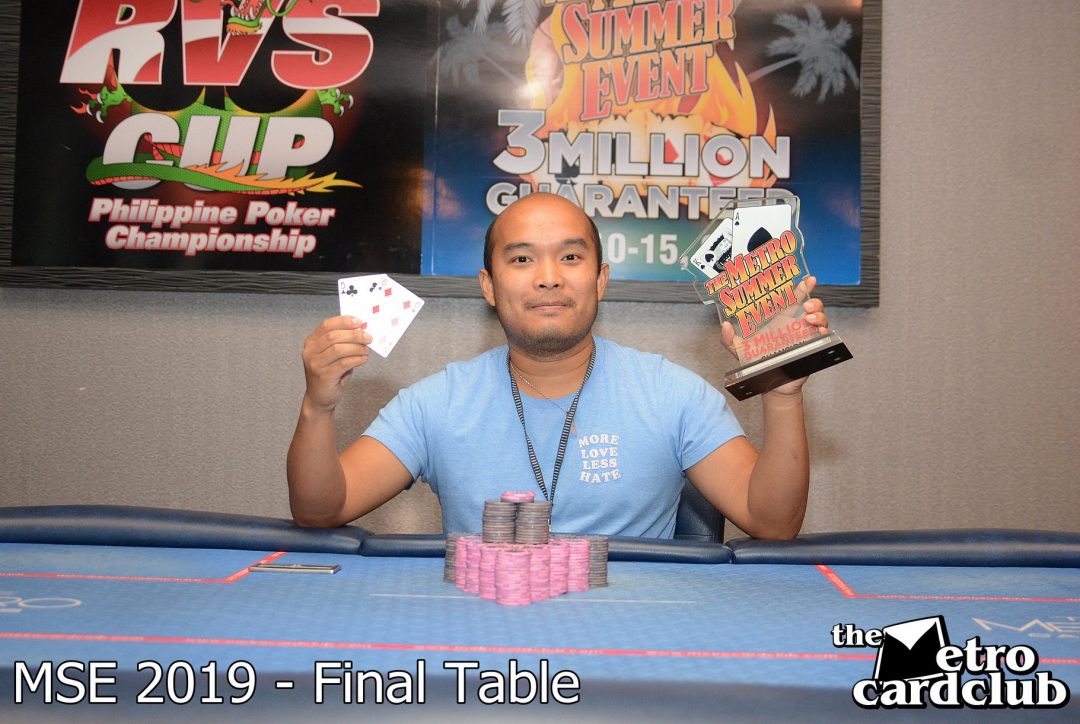 
On 15th April 2019, Philippines’ popular Metro Card Club wrapped up the 2019 Metro Summer Event (MSE), an annual series of the venue. The Main Event, which was the highlight of the festival, was played out over the course of 4 starting flights.

It was Norway’s Kai Paulsen who took down the title and denied locals a chance. He was among a small number of foreign players in the field and made his first victory of 2019. He earned PHP 918,673 (~INR 12.34 Lakhs) after a 3-way deal.

The 11-day MSE started on 5th April and the ME on 10th April and was played out till 15th. The advertised $3 million guarantee was broken by field of 652 entries, better than last year’s 599-strong field. The eventual prize pool came to PHP 3,912,000 out of which only 65 players profited.

Among the notables to cash in the ME field were PPPoker World Championships winner Richard Marquez (27th) and MSE defending champion Joseph Sia (47th). The final day saw 18 players return to the felts, out of which the eventual winner Paulsen was the only decorated pro. He entered 4th in chip counts on the day and drove the lead to victory.

The heads-up battle was played with Paulsen pitted against Geno Gendrano who was strong for the entire day. He came into Day 2 by topping Day 1A with a heavy stack. The battle lasted for over 1 and a half hour and Gendrano was aggressive as ever and even stole Paulsen’s lead twice. In the end however, Paulsen’s calm composure and experience bagged him the title.

Paulsen now has over $766k in live cashes, among which his best one of ~$275k was earned back in 2008 at PaddyPower Irish Open Main Event at 5th place. He is a well-known player of the community and can easily convert his new earnings in no time.