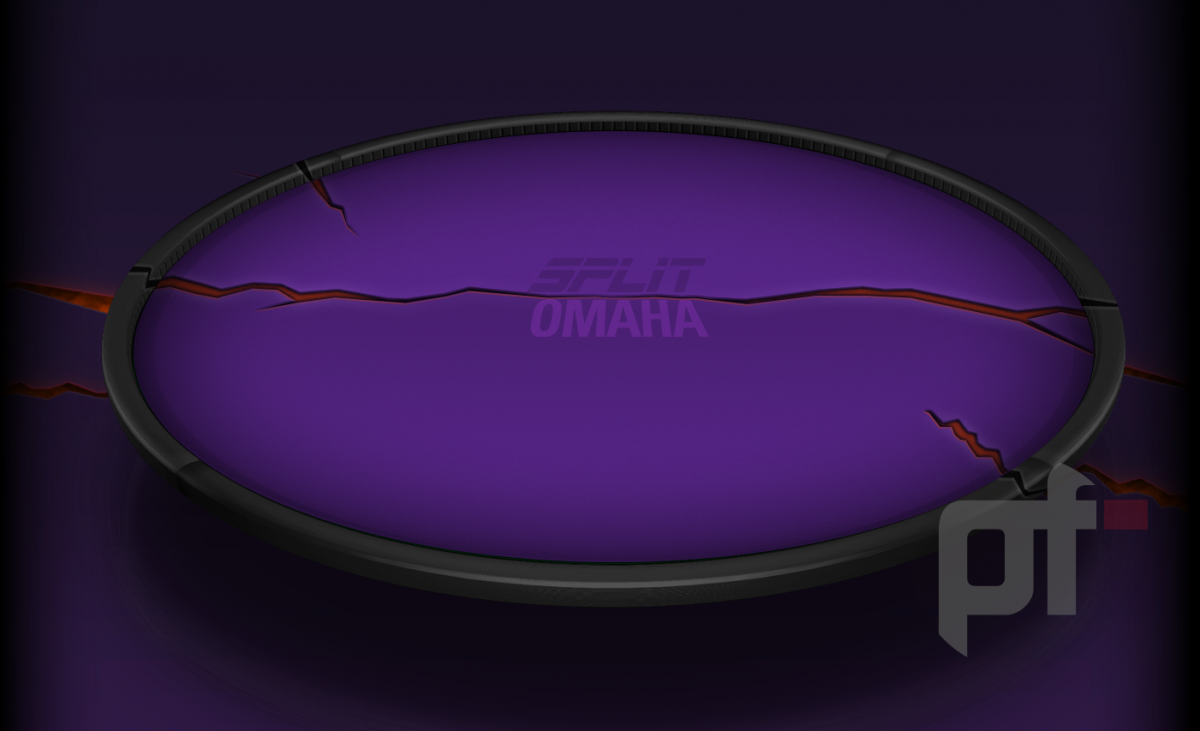 
PokerStars recently introduced 6+ Hold’em (Short Deck) on its PokerStars.com platform. While players are still getting used to the format, which makes use of only cards ranked 6 and above, the company is gearing up for possibly introducing another new format – Split Omaha.

Split Omaha is basically normal Omaha format but with an extra five community cards on the board. It is also known as Double Board Omaha, which indicates the same thing, where players must make a hand of 5 cards, using two of their four hole-cards and three from the two sets of community cards.

In a recent update to the PokerStars client, a graphic was found deep down for the Split Omaha variant by PokerFuse, which also exclusively put up the piece on this development first. Here’s the graphic they found:

The above graphic bears a strong resemblance to the Split Hold’em variant, where a large crack through the centre of the table splits apart the two sets of community cards. Comparing the Split Omaha with Split Hold’em, the former has more chances for players to make strong hands, since they’ll hold 4 hole-cards which have more avenues to explore on two boards than holding just 2 hole-cards in Hold’em. 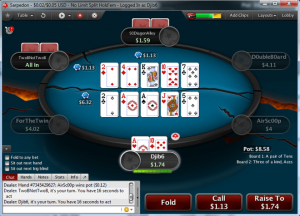 Since March 2018, the company has introduced many new poker games that were meant to add some fun to the mix and give players a chance to explore other variants apart from the overwhelmingly popular Hold’em. Split Omaha too will be aimed at doing the same.

Each of the new games introduced previously on PokerStars lasted about two months in the client. Currently, among the games apart from NLHE, Short Deck has made a name for itself in the past few years, with Phil Ivey winning the first ever Short Deck tournament last May.

Will Split Omaha replace 6+ is tough to say, but recently PokerStars sent out an email to its players reminding that 6+ is “available for a limited only” and if this is true, Split Omaha may take Short Deck’s place on the client. Keep reading GutshotMagazine.com for more such online poker updates and for general poker news from around the world.