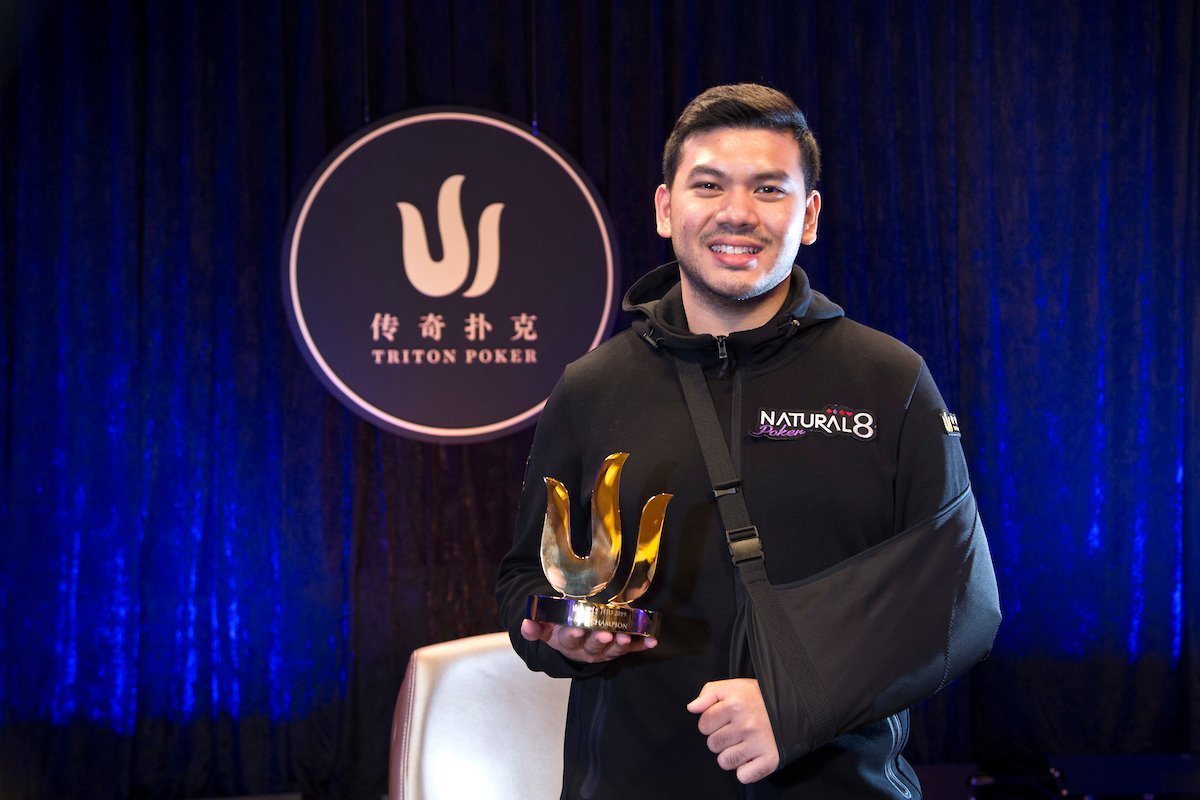 
Triton SHR series started in Jeju, South Korea on 2nd March and will be in the books by 9th March 2019. The event already saw its first four days declare three champions. Justin Bonomo won the first event and the second was won by China’s Devan Tang. The 3rd event of the series, HKD 500k 6-Max NLHE was won by Malaysia’s top poker entity Michael Soyza.

Soyza later told the press, “Feels pretty good, it’s nice to win something. You just play your hands and hopefully it works out well. Win flips, you know. That’s how you do it.” He was later quoted as saying that he doesn’t feel wholly comfortable playing at these enormous stakes, despite his success.

Soyza lifted the Triton logo shaped trophy after his win. He broke his left hand two weeks ago while snowboarding in Japan and wore a sling around his neck to support it. He has 10 screws and a titanium plate in his hand, but it was indifferent in his road to victory. Soyza however, has earned enormous amount and now sits with $5+ million in live earnings after this win and is within striking distance of the 4th place on Malaysia’s All Time Money List, Paul Phua.

In the heads-up battle, Soyza was pitted against Sam Greenwood, a Canadian pro, who recently won the $100k Super High Roller in PCA Bahamas. They played just one heads-up hand and Soyza managed to finish Greenwood off. Greenwood shoved his stack on the river when the board revealed 8d 10d 3c 8h Kc. Soyza was with 7h 7c and tanked for a while before calling. Greenwood had bluffed and showed his Js 9s. “Thankfully it was short. Sam’s a good player so I’m just lucky I had a good spot. I decided to take it and it worked out pretty well,” Soyza said.

The 4th event of the series is ongoing at Landing Casino, Jeju and Sergey Lebedev held the overnight chip lead. You can watch the live stream on Triton Twitch channel. Keep reading GutshotMagazine.com for more such tournament results and for general poker news from around the world.