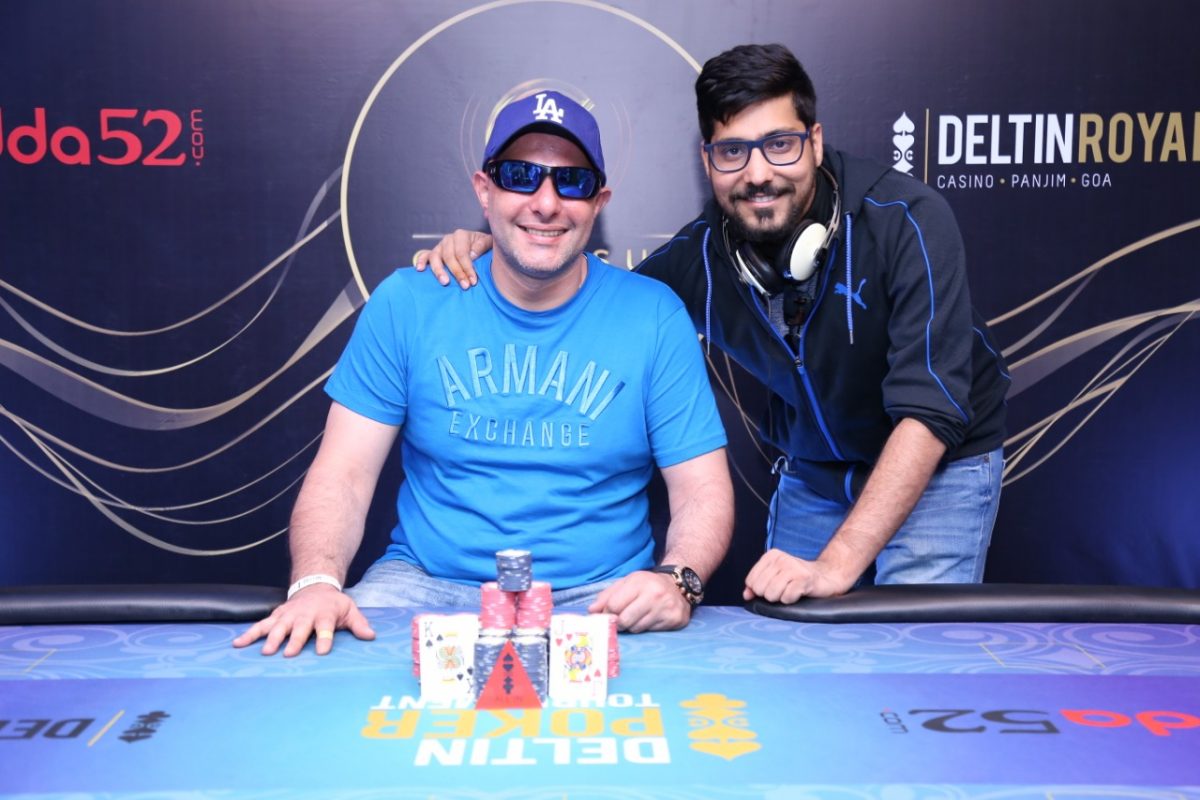 
The latest edition of the Deltin Poker Tournament (DPT) is ongoing at the Deltin Royale in Goa, and the latest DPT Colossus series is a 4-day affair with high-stakes players from all over the country having flown in to play in Goa. The series began with the INR 50k Warm Up Event, which saw a total field of 66 entries taking part.

By the end of Day 1 of this tournament, 19 players bagged chips to return on Day 2 and Gokul Krishna led these players, while one of the veterans of the industry, Meherzad Munsaf, was second in chips. 9 players were to finish in the money and the overnight chip leader unfortunately wasn’t the winner, busting in 5th place for INR 2.1 Lakh.

Rajat Sharma was the chip leader when the FT of nine players began but he couldn’t go on to take down the title either, busting in 3rd place for INR 3.8 Lakh. Meherzad hit trips on the flop to bust Sharma and the former took a healthy chip lead going into heads-up against Nishant Sharma, another highly accomplished poker player.

It was Level 21 when heads-up began with the blinds at 15k-25k and an added BB ante of 25k, with Munsaf holding 67% of the tournament chips in play. What followed was an extremely long session of play which saw Nishant Sharma also holding the lead at one stage but eventually, Munsaf was able to claim the victory by when play had reached Level 29!

Incidentally, Munsaf was runner-up in this same event last year and he was determined to go one step further this time. Along with his first ever DPT trophy, Munsaf bagged INR 10.8 Lakh in hard cash while Nishant Sharma walked away with a pretty decent payday of INR 6.2 Lakh.

Coming to the final hand, Munsaf shoved all-in with 2 million chips holding Ks Jh while Sharma made the call with 540k chips and pocket Tens. With the board rolling out 7s 6c 3s Js 4c, Sharma was ahead until the flop but Munsaf spiked a bigger pair on the turn, completing a well-deserved victory. His aggression on the FT paid off, having eliminated as many as 6 of the 8 FT opponents!

The DPT Colossus INR 200k Main Event was also being played simultaneously last evening and you can stay tuned to GutshotMagazine.com for an update on that tournament as well.