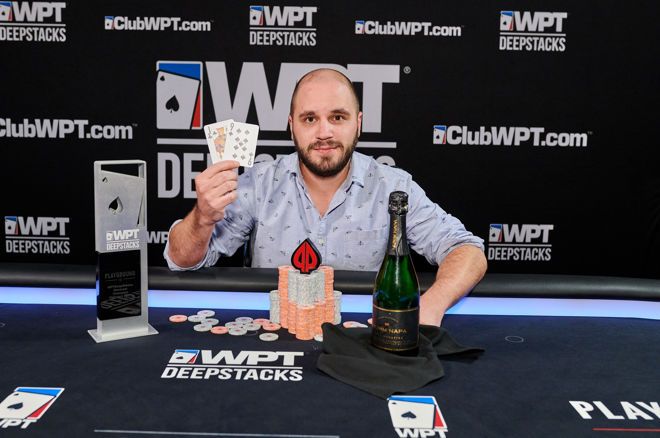 
A couple days ago, one of world’s leading poker brands, World Poker Tour (WPT) was in Montreal, Canada and hosted the WPTDeepStacks Montreal, the highlight of which was the CAD 1,650 Main Event. The event was in partnership with partypoker, having made a deal earlier, with the latter also hosting starting flights online.

A total of 686 entries were all vying for the 1st place prize in the Main Event. The winner to emerge eventually was Canadian local Martin Gaudreault-Remillard, who took home the massive prize of CAD 186,600 (~INR 1.01 Crores) out of the prize pool.

Gaudreault-Remillard also won a ticket to the WPTDeepStacks Championship worth $3k along with the 1st place prize, the trophy and a champagne bottle at the Playground Poker Club in Montreal. “I don’t play too many tournaments, and just going out and binking one of the biggest ones I play is awesome,” he said later after winning the tournament.

After three starting flights and Day 2, the final day began with 9 players remaining which saw Daniel Le leading with 5,415,000 chips. He was the only one with over 5 million chips and trailing behind him was Julio Cacoilo with 3,980,000 chips. The eventual champion was with 1,420,000 chips, an average stack on the table.

One notable hand where Gaudrealut-Remillard won a sizeable pot was when he doubled his 5 big blinds through Raymond Carter with all-in from the button holding 7c 6c versus Qd Jd, hitting a flush on the turn and earning 25 big blinds. Those 25 then became 51 as he again won a pot going all-in for 2.7 million on an Ad Kc Tc 4h board holding As Qd.  His opponent Le was with Ac 7h and lost with the inferior kicker.

Keep reading GutshotMagazine.com for more such international tournament updates, roundups and for general poker news coverage from around the world.