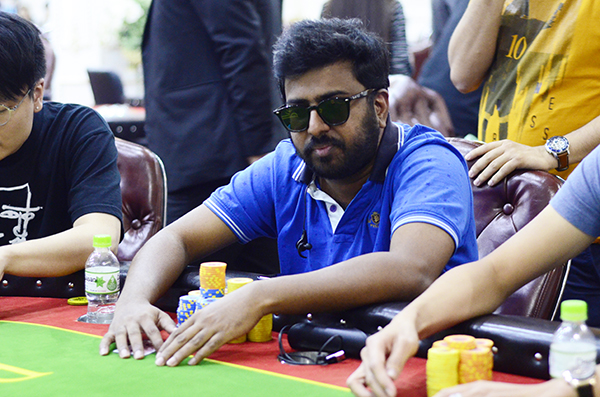 
While all eyes are on the World Series of Poker (WSOP) Main Event, there’s some other intense poker battles happening halfway across the world at Pro Poker Club, Vietnam. We’re talking about the latest APT Vietnam series which also has its Main Event underway, which attracted 428 entries in all, across three starting flights.

Yesterday was Day 3 of the tournament and we had 2 Indians progressing including Rubin Labroo and Manoj Pentakota. During the day, Labroo bluffed a hand on the river against Kajornnut Prirungrueng, shoving all-in only to get a call from the latter, who had a 6-high flush on a paired board.

Labroo busted in 37th place for VND 45,000,000 (~INR 1.33 Lakh) but Pentakota continued chipping up on Day 3. At one point of time, he had zoomed to a stack of 1.5+ million chips and there was no one even close to him when there were two tables left. The chances of another Indian champion were high in Vietnam until Pentakota took a massive hit against Quang Nguyen.

From there, he kept falling and unfortunately hit the rail in 12th place. He was up against Terry Nguyen who got Pentakota in two consecutive hands to send him out of contention. Our Indian pro ended an impressive run in 12th place and bagged a prize of VND 136,860,000 (~INR 4.05 Lakh).

The action continued after he was busted, eventually stopping when we were down to the final 8 players. At the top of the pack is Oliver Helm who holds a stack of 3.1 million chips. The final day resumes today, and you can keep watching GutshotMagazine.com for all updates on the same.