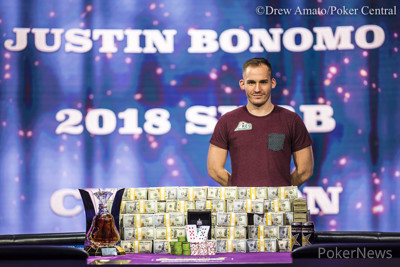 What a fantastic heads up battle it turned out to be between two of the best in the business – Canada’s Daniel Negreanu and USA’s Justin Bonomo. Negreanu has more live cashes than anyone else in the world, while Bonomo is a high stakes specialist, recently winning the inaugural Super High Roller Bowl China. Just a few minutes back, Bonomo completed a historic double, winning the 2018 Super High Roller Bowl as well.

In its fourth edition, the 2018 SHRB attracted the top poker pros from around the world and Day 4 began with just 6 survivors left from the original 48. You couldn’t have asked for a better final table with the likes of Koon, Petrangelo, Negreanu, Bonomo, Badziakouski and defending champion Vogelsang all being very highly accomplished poker players.

Negreanu held the lead on Day 1, while Bonomo started to show his prowess, leading Day 2, only for the Belarus poker pro Mikita Badziakouski to end Day 3 as chip leader. Christoph Vogelsang had the shortest stack on the final day, but Nick Petrangelo was the first to get eliminated while Vogelsang soon followed him, taking 5th place. Badziakouski slipped to take fourth place and after Koon busted in third, an exciting heads up battle began between Negreanu and Bonomo.

Bonomo had a huge chip lead of 11,495,000 over Negreanu’s 2,905,000, but the latter did well to almost level the chip stacks at one stage. However, Bonomo hit back and soon after the players returned from a small break, they went all-in with Negreanu revealing 7-8, Bonomo showing pocket nines and the board opening 9-6-7. Bonomo held the lead with a set of nines while Negreanu needed a straight to win the SHRB 2018 title.

“Five or ten or Justin Bonomo will be our Super High Roller Bowl champion,” shouted Negreanu to the rail, doing some commentary as he waited for the last two cards to be drawn. He knew he had taken a chance and would be in business only with 5 or 10, but the turn opened K, followed by a 6 on the river, giving Bonomo a full house, the pot, the title, and a whopping $5 million in prize money. 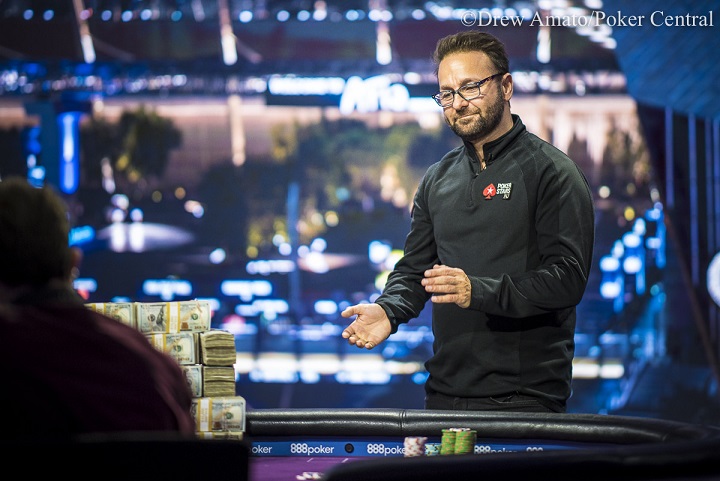 Bonomo is now really close to $32 million in career live cashes and he jumped from 5th to 3rd on the all-time money list, while Negreanu took away a pretty handsome $3 million paycheck as well, having bought in to the tournament for just $300,000. This becomes just another 7-figure cash for Negreanu, while Bonomo scored his career best cash, beating his SHRB China win by a few thousands.

“I’ve watched the game change. I’ve used all the methods and learned all the games. I finally feel like I’m on top,” said an exciting Bonomo after this huge win. He also commented on Negreanu’s consistency after year’s on being around the circuit, saying, “Kudos to him for staying at the top.”

Keep reading GutshotMagazine.com for regular updates on major poker tournaments from around the world and the 2018 WSOP as well, which has just kicked off in Las Vegas.